'We are not terminating the process. The process up until now stands. However, the letters being issued are suspended for 30 days,' said the public broadcaster's COO. 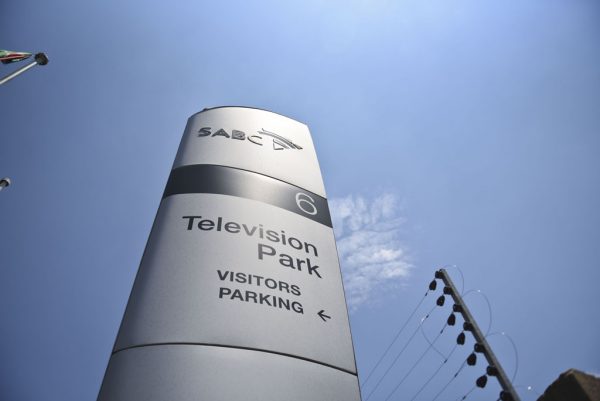 A further 30-day suspension of retrenchment notices has been announced at the South African Broadcasting Corporation (SABC) .

On Tuesday morning, SABC chief operations officer (COO), Ian Plaatjies, announced the suspension of the Section 189 process by a further 30 days, up from the seven days announced last week. The was to allow for the conclusion of the engagements among stakeholders in the process.

But this was seen by some as an attempt to end the current strike by SABC employees who demanded a complete halting to the planned retrenchment of at least 400 workers who had been declared redundant in a cost-cutting exercise.

SABC employees disagreed with the extended suspension of the process and insisted on the complete withdrawal of the retrenchment letters. They asked their unions, the Communications Workers Union (CWU) and the Broadcasting, Electronic, Media & Allied Workers Union (Bemawu), not to relent in that demand.

“They were written on a flawed basis. Otherwise, what’s the 30 days to relook at the structures for when they have already concluded?” employees said.

Following the suspension of the retrenchment process, the departments of communications and labour needed to raise at least R1.4 billion to keep SABC operational while a way was being explored to avoid retrenchments.

This was the outcome of talks between SABC bosses, unions and Communications Minister Stella Ndabeni-Abrahams and Minister of Labour and Employment, Thulas Nxesi, on Monday. The talks were organised in a bid to save the cash-strapped public broadcaster and to avoid the pending retrenchments proposed in terms of Section 189 of the Labour Relations Act.

It was proposed during Monday’s talks that the communications and labour departments should contribute R700 million each to rescue SABC. Labour would utilise funds from the Unemployment Insurance Fund (UIF) and the two departments would come up with the remaining amount in the next four days.

Ndabeni-Abrahams has been asked to intervene to ensure her department paid the more than R300 million debt the SABC owed to Sentech, a signal distributor for the broadcasting sector.

Her response to the matter was eagerly awaited by SABC staff, who held lunchtime pickets in Auckland Park and at regional offices around the country.

One thing that was made clear during the discussions was that National Treasury would not bail out the corporation, Instead, Treasury director-general and his Communications counterpart should work out how the funds would be raised.

Both CWU and Bemawu representatives at the talks insisted that they were demanding that retrenchment letters be withdrawn otherwise the meeting would end.

“We cannot be playing a yo-yo back and forth here, we cannot make an academic argument…we are clear on what we are saying. The meeting ends now if you don’t have a different mandate,” said CWU’s general secretary, Aubrey Tshabalala, in a recorded conversation with management.

“We can’t drag a meeting unnecessary. We have thousands of workers waiting for this meeting to conclude. Before the meeting concludes, there will be no more confusion,” he said.

“We are not terminating the process. The process up until now stands. However, the letters being issued are suspended for 30 days,” said Plaatjies in response.

But Du Buisson insisted that the process was not fair.

“This must stop and the parties must get to the serious business of dealing with lives and livelihoods of SABC employees,” he said.

He said the SABC should concede that termination letters delivered to staff were wrong and that they should withdraw them for now and reissue them, maybe, after six months when everyone had been consulted.

“We are asking a very simple thing. We are saying that employees cannot walk with targets on their backs while there is an agreement that we are going to revise the structures and SABC is open to persuasion on those structures.

“If we cannot agree on a simple point like this, how are we to agree on anything else?” Du Buisson said.