The West Rand is one of the five development corridors in the Gauteng city region earmarked for new industries and economic opportunities. 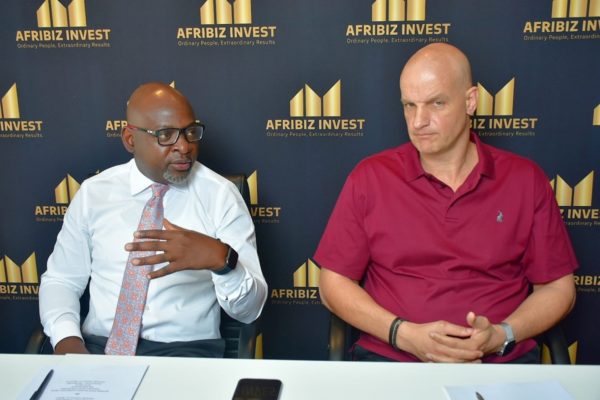 In a boost for Gauteng’s West Rand economy that was for years dominated by mining, Maximum Group Holdings, through a special purpose vehicle Protea Agri Park, on Tuesday announced a partnership with Afribiz Developments, a subsidiary of Afribiz Invest, to develop a R20 billion West Rand mega park.

Situated at the intersection of R558 and N12 highway – at the entrance to Soweto and Protea Glen – the development project taking five years will comprise an agri-processing hub, industrial park, fresh produce market, restaurants, fast food outlets, meat and seafood markets and a children’s recreational area.

Afribiz Invest has concluded an acquisition of 50% shareholding in Protea Agri Park, the project development company for the mega park, set on 302.6 hectares of industrial land.

ALSO READ: More than one third of SAPS vehicles in Gauteng broken down, says DA

Gajovich and Mashawana are confident the project will be a major economic and social boost for Soweto, Lenasia and Randfontein areas.

“The major development will empower many businesses in and around Soweto as part of the supply chain, through directly supplying products and services to businesses in the West Rand mega park,” they said in a joint statement.

Gajovich and Mashawana said they looked forward to a partnership with the government and other stakeholders to promote economic growth – part of the Growing Gauteng 2030 Plan.

“There are also a number of international corporations and companies that have shown interest in taking space in the mega park. However, most of them have also voiced their preference to start and operate in an SEZ environment.

“Having West Rand mega park nominated as an SEZ will create many more jobs and industries as well being a catalyst for overseas investments,” said the statement.