The identity of the nominated executor remains unknown. 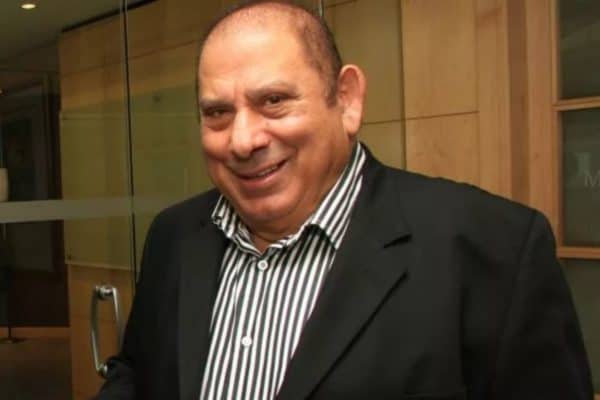 The cyberattack on the Department of Justice’s computer systems in September will delay the appointment of the executor of the late Nic Georgiou’s estate by between six and 12 months. Consequently, the numerous legal challenges against Georgiou and entities under his control will also be delayed, and not expedited as claimed by certain “parties”.

“It should however be noted that there would appear to be parties who hold the view that the various legal proceedings in relation to the companies Zephan and Orthotouch and other entities where the late Mr Georgiou held a fiduciary position will not be affected by Mr Georgiou’s passing and that the process will in fact be expedited.”

Klopper did not name the parties who made these claims and did not respond to Moneyweb questions asking him to reveal their identities.

In the status report, Klopper says the Chief Master of South Africa recently said the IT outage is indefinite and that it is impossible to state when the system will be up and running again. “In view of this it is therefore misleading to create the impression that the various litigation proceedings involving Mr Georgiou’s deceased will be sped up.”

Klopper also did not identify the nominated executor, although he said he was informed that the individual will submit the necessary documentation to the Master “in due course”.

“It is estimated that the same be may very well be substantially delayed as the appointed executor will only receive his/her letters of executorship in at least six to 12 months from the date of submission of the documents to the Master.

“Only then will he/she be able to engage with the professionals involved in the business rescue proceedings in relation to the companies, Zephan and Orthotouch and also with other parties who may have locus standi in relation to Mr. Georgiou’s deceased estate.”

Jacques du Toit, Zephan and Orthotouch’s business rescue practitioner, said in response to Moneyweb questions that he does not know the identity of the nominated executor. “We do not have insight to the will and testament. It is in the attorneys’ hands, and they will notify us on the appointment of the executor.”

Du Toit did not answer a question as to how Georgiou’s passing would affect the business rescue process of Zephan and Orthotouch.

Response from Advocate Bolt and HSAG

In response to Klopper’s statements, Advocate Louis Bolt, who represents several individual claimants, said it “is inventive of Mr. Klopper not to disclose the identity of the nominated executor”.

In September, Bolt said on RSG Geldsake the passing of Georgiou would benefit investors as the appointed executor would have to disclose the remaining assets and liabilities in the estate.

“Georgiou hasn’t been transparent about his assets and we brought the sequestration application because we believe he was hiding assets.”

Bolt also said Zephan must now appoint a new director, who would have to do his or her own investigation into the alleged fraud. “There has to be an investigation. The HS companies paid R3.4 billion to Georgiou and Zephan to acquire properties, but the properties were never transferred to the HS companies. The money is gone. The cash must be somewhere. It must be in Georgiou’s estate or in one of the institutions he has control over.”

Jacques Theron of Theron and Partners, the attorney representing the Highveld Syndication Action Group (HSAG), said litigation continues against Georgiou’s estate, but acknowledged that it will be delayed due to the appointment of an executor, but that the litigation will swifter when it becomes before the court.

“Mr Georgiou was well-known for delaying the various court cases and matters. Various High Court judges delivered disapproving and scathing judgments against him for acting unethically and obstructing the legal process.

“We trust that the executor will not have the same attitude or intent to delay the legal process,” said Theron.

“If Georgiou’s estate is insolvent and consequently sequestrated, then those procedures will become applicable.”

Theron added that Georgiou’s death does not materially change the facts and merits of the litigation. “The investors’ claims are not bound to the individual as a person, but rather to his estate. The claims continue to exist against his estate regardless of whether he died testate or intestate.”

Klopper also stated in his communication that the application launched by Du Toit to get a clarification regarding whether investors’ claims against Georgiou were ceded to Zephan in terms of the court-sanctioned scheme of arrangement, was ongoing.