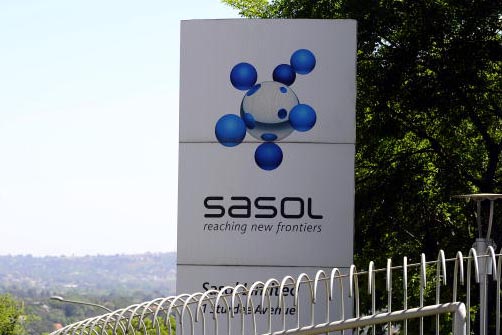 The construction of the Lake Charles ethane cracker is part of a world-scale petrochemical complex the company is constructing in Louisiana for a scheduled capital outlay of $8.1 billion. To date overall capital expended has been approximately $3.7 billion. Constable said work on major underground and civil activities was nearing completion, but the company has experienced challenges with site preparation due to very heavy rainfall in the area.

Due to the volatility in oil and gas prices, the company will conduct a review of the project cost and schedule with a view to restraining the capital spend over a longer period. The review is expected to be completed by the middle of the year.

Sasol also expects the overall end of project cost to remain under pressure.

In response to questions from Mineweb on whether the movement of the rand/dollar exchange rate and oil price would prompt a review on the sources of funding for the project, Constable said the company remained in a very good position through a variety of funding sources to complete the project. None of these relied on rand earnings.

Financial Director Bongani Nqwababa provided further clarity on the matter. “Last year we notified the market that 80% of the project funding required has been secured. As it is a dollar-based investment, it will be funded in US dollars. This includes $4 billion in bank funding, including a $1.5 billion revolving credit plan, and $2 billion in cash offshore. We have also raised a $1 billion bond. We are now in the process of committing previously uncommitted facilities of $1.5 billion. So our funding is in order.”

The company has two existing plans in place to conserve cash and protect its investment grade credit rating in a year that has seen the Brent oil price fall by 47% and Sasol’s product basket price by 23%. The first, the Business Performance Enhancement Programme was initiated in early 2013 to restructure the company to be able to realise cost savings of R4.3 billion a year from the end of this financial year (2016). A total of 3 100 employees have left the company through voluntary separations, early retirements and natural attrition. The program is on track and has been expanded to achieve R5 billion savings from the end of the 2017 financial year.

The Response Plan was initiated in early 2015 to allow the company to operate sustainably at oil prices of $45-50/barrel. A total of 1 800 positions have been optimised through the freezing of non-critical vacancies, as well as a number of reductions in working capital and capital structuring which should realise R1.5 billion in annual cash cost savings by the end of the 2018 financial year.

The net effect of these initiatives is to prepare the company to operate in the current low oil price environment, but also to prepare the company to take on more debt to fund its growth plans without jeopardising its investment grade credit rating. Net debt to equity currently stands at 6.2% but the internal ceiling target has been lifted to 44% in the short-term to accommodate for the money that will be drawn down and spent, the majority of which will be on Lake Charles.