A beacon of productivity in the Cape. 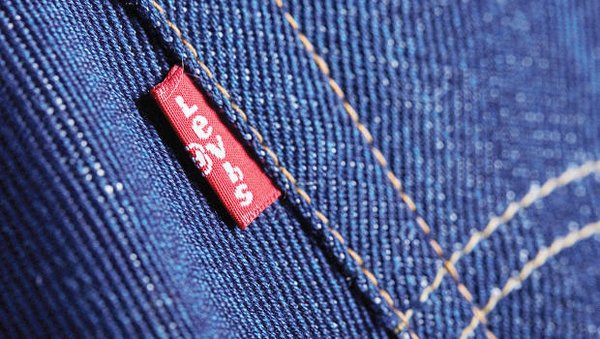 It takes less than 15 minutes from the point at which a giant roll of denim is cut into the individual pieces that comprise a pair of Levi Strauss jeans, to the moment a wearable pair of jeans rolls off the production line. But from that point it takes anything from one to three hours to transform a fairly anonymous pair of denim jeans into an ‘authentic’ pair of Levi’s. The process has multiple steps and involves washing, drying and other bespoke handwork, including ‘moustaching’ (to create the faded creases), brushing and ironing.

There are more than 25 separate processes in the making of the iconic jeans.

The Levi Strauss factory in Epping, Cape Town is a ‘last man standing’ in that it is the last factory that the global group owns and operates itself. Over the last 15 years, Levi’s has closed factories from the US to the Philippines as global demand has softened, competition increased and the costs of the labour intensive manufacturing process rose. Global manufacture is now outsourced to literally hundreds of factories from Argentina to Vietnam. While the plant in Epping is a small cog in a very big wheel, it has survived by adopting global operating practices and meeting and exceeding the standards set, according to Zaahid Agherdien, Levi’s South Africa Cut/Sew and ISO manager. Labour is incentivised by units produced and as a result, staff reportedly earn salaries above the industry standard.

The factory produces 4 500 pairs of jeans a day, from the legendary button fly 501s to trendier 511s. It was established in 1994 with 45 cutters and machinists. Today Levi Strauss SA employs 500 staff, with 400 of these working at the factory with the majority (385) in manufacturing and 50 in the distribution centre.

When Levi Strauss opened the plant in 1994, Epping was the heart of the garment industry in South Africa. However the industry has been decimated over the last 20 years. The sudden opening of the economy post apartheid saw import duties phased down to World Trade Organisation levels  between 1995 and 2002, harming manufacturers who had become uncompetitive during the sanctions era. In 2001 China joined the World Trade Organisation and flooded world markets, including South Africa, with cheap textiles and apparel.

However it has been the unfettered illegal importation of clothing that has done the most harm to the industry.

In 2002, 181 000 people were employed in the local clothing manufacture; by 2014 there were only 60 000 people employed, according to the Cape Clothing Cluster. However since then the industry has stabilised somewhat, thanks to belated support from the Department of Trade and Industry (dti).

It introduced the Clothing & Textile Competitiveness Programme in 2010 that, subject to meeting the criteria and rules of the system, allowed the dti to offer companies conditional grant finance to increase their competitiveness and encourage clustering. This gave factory owners the break they needed to invest in better machinery.

The dti has also improved monitoring of imports to ensure compliance with customs and excise regulations and to reduce unfair and illegal imports.

In parallel,  manufacturers are benefitting from retailers’ growing demand for locally-made goods as the need for ‘fast fashion’ took hold. In order to keep up with the latest trends, retailers have to source their products locally to have shorter lead times from design to delivery. Statistics suggest that as much as 25% to 30% of locally-sold clothing is manufactured domestically.

Levi Strauss has also weathered its own storms. The company, which was founded in 1853 and reached its peak in the 1980s, reported $4.8 billion in sales last year. During the past ten years, it has shed nearly $3 billion of sales as consumers opted for sweat pants and trainers – or other denim brands. But the company is fighting back with new styles and  innovations and developing an appealing ad campaign staring Alicia Keys.

It  introduced the new 501 CT (Customised & Tapered) jean to give the classic straight leg jean a modern look.

It also refreshed its women’s line and its product series — Lot 700 — targeted at women and made of stretch denim that is designed to ‘flatter, hold and lift’— according to this article on BusinessInsider.

Whether the plant in Epping will continue to be owned by Levi’s remains to be seen. However it appears demand for the locally-made product is healthy. Levi’s biggest customer in SA is Edgars, but it also supplies smaller retailers as well as its 15 stand-alone Levi’s stores across the country. In addition, the local operation plays a key role as the gateway to markets in sub-Saharan Africa and the Middle East.

Low-income consumers need more access to credit, if we want to fix economy
15 hours ago
15 hours ago

Low-income consumers need more access to credit, if we want to fix economy
15 hours ago
15 hours ago