We’re easily 10% poorer than a year ago…

Inflation has reared its ugly head and most South Africans will not be experiencing anything close to the 6% reported by Stats SA. Despite the rand’s recovery in the second half of last year, imported inflation finally arrived (‘helped’ not only by the weaker currency in H1, but also by inflation slowly taking hold in developed economies).

Woolworths’ trading update for the 26 weeks ended December 25 2016 – aside from beating already lowered market expectations – reported “price movement” in its food business of 9.2%. That means your weekly/monthly food shop at Woolies – and let’s be honest, most readers of this site would be shopping there – is at least 9% more expensive than a year ago.

The situation is better – but not by much – at Shoprite which serves all market segments in South Africa across its three supermarket brands (Checkers, Shoprite, U-Save). After managing to keep the “internal inflation” it measures to 5% and under despite soaring food prices, the retailer reported price movement of 7.4% for the six months to December 2016.

In the first quarter of its financial year, it said internal inflation of 7.2% was “driven by both the drought’s impact on fresh produce prices and basic commodity items as well as the weaker rand pushing up the cost of imported general merchandise goods”. That the figure was even higher for the full six months means it accelerated further in the October to December timeframe.

Clothing prices have been hit even harder by the currency, with increases being reported by retailers of anything from 7.3% to double that (15.5%). Anecdotally, the prices of higher-end imported brands are without a doubt 20% higher than a year ago.

Price increases in education are difficult to quantify because so much depends on the specific school you’re sending your children to. Broadly speaking, an increase of 10% year-on-year seems to be an accurate medium-term average. Crawford College Sandton is a sample of one, but tuition for Grade 10 has increased from R111 120 in 2016 to R 118 900 this year, a 7% move.

Discovery Health’s weighted average price increase of 10.2% for its medical aid contributions is a good proxy for the sector because of its market share. The insurer points out that its contribution increases are among the lowest of the larger schemes. This doesn’t fully extend to the spike in inflation when one actually utilises private healthcare.

Interest-rate linked expenses such as home loans and car repayments are over 5% higher than a year ago, following two successive interest rate hikes in the first quarter of 2016. Rental inflation tends to always track higher than house price inflation and while the “rule of thumb” has been increases of 10% a year, this is highly dependent on the region and market segment you’re renting in. Inflation of 8% may be more realistic.

Of course all of this comes against the backdrop of a stagnant economy with muted wage growth, if any. So, consumers are going backwards. This is directly evidenced in those retailers’ trading updates: any growth at all (and for most, there’s none) is coming from new stores. Comparable (same-store) sales for all who have reported so far are flat to negative. Inflation has bitten and South Africans are being forced to cut back.

And, for those fortunate enough to be able to save, investment returns aren’t exactly shooting the lights out. An industry-leading balanced fund (the cheapest in the country), which I have some savings in, reports returns of 0.45% net of fees over the past 12 months. And this was a good result! The Satrix 40 Index Fund, for argument’s sake, returned -2.38% last year. Even a rush offshore wouldn’t have “saved” you, especially if you marched off to buy dollars at R16 (or higher), like some people I know.

Quite how hard it is for pensioners in this environment is a scary thought indeed (and one which any saver would do well to pay attention to).

Sure, one can (and should) question the usefulness of looking at the arbitrary construct of a calendar year in isolation. But, if you’re not beating inflation you’re going backwards… fast.

* What sparked this research was me realising that in recent months, my monthly spending on food, clothing and discretionary items (i.e. everything aside from that which is paid by debit order) was scarily 15%-20% higher than it was a year ago…. 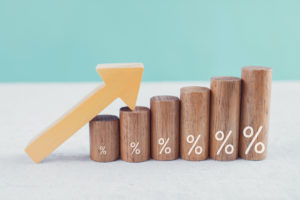 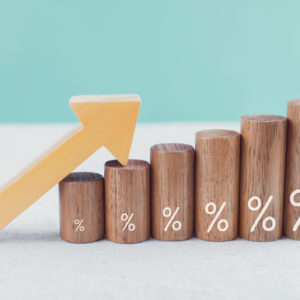