Experts say shares in Nedbank are attractive at current valuations.

Old Mutual’s decision to unbundle its stake in Nedbank is likely to result in an overhang in the banking group’s share price. But experts expect shares in Nedbank to be snapped up.

Old Mutual PLC (PLC), which currently holds a 54% majority stake in Nedbank, is to unbundle its stake in Nedbank to 19.9% as part of its managed separation. The insurance group is in the process of splitting itself into four standalone businesses – Old Mutual Emerging Markets (OMEM), Old Mutual Wealth (OMW), Old Mutual Asset Management (OMAM) and Nedbank – to unlock value for shareholders by eliminating the costs and regulatory burden of running a multinational conglomerate.

The break-up will see it form and list a new South African holding company Old Mutual Limited (OML), which will house PLC’s stake in Nedbank as well as its emerging markets business and PLC residual interests, in Johannesburg and London among other jurisdictions in 2018. At the time of listing OML will hold PLC’s current 54% stake in Nedbank, which will then be unbundled to a minority 19.9% stake.

Experts say the decision to unbundle a 34.1% stake in Nedbank, worth around R35 billion, is likely to cause an overhang, whereby trade in the banking group’s shares may lessen as buyers, expecting the share price to fall, hold out on purchases.

Simon Brown, founder of JustOneLap, said the market is likely to preempt the unbundling and start weakening the share price. He added that the longer the process takes, the more pressure Nedbank’s shares are likely to face.

Per Brown, Nedbank does around R150 million in value trade per day meaning it would take OML about 180 days or six months to sell a stake worth around R35 billion in the banking group. “That’s a wow number,” he said in reference to the time frame. “It won’t likely happen that quickly but it does illustrate the amount of selling pressure Nedbank will see if OML unbundles all the [circa] 35% to shareholders. Hence, [it is] very likely that they will at least try to do a book build for as much as possible – certainly, they could likely get rid of maybe half of the stock that way.”

Renier de Bruyn, an investment analyst at Sanlam Private Wealth, also believes that a book build is likely, particularly as a way in which to deal with shares unbundled to non-South African registered shareholders, who may not want to hold shares in a largely South African company. Brown said it is likely that foreign shareholders would create an overhang and drive down the price of shares in the banking group “almost as soon as [unbundled Nedbank shares] arrive on their desks”.

He said it is likely that OML shareholders will be offered a cash dividend in return for their shares in Nedbank, which would be sold via a book build of some kind.

Adrian Cloete, a portfolio manager at PSG Wealth, said it is likely that UK funds would sell their interests in PLC before OML lists, leaving the new holding company with a mainly South African and Emerging Markets-focused shareholder base.

While foreign-focused funds may sell their shares in Nedbank, he said there would also be “natural buyers” of shares in the banking group. He said the unbundling would cause the free float to increase, which would see Nedbank’s weighting in the SWIX Top40 and SWIX All Share increasing from 0.75% and 0.95% respectively. This in turn would see South African index funds automatically buy shares in Nedbank as will funds which use the index benchmark as a risk management tool.

Cloete said shares in the banking group are likely to be snapped up given its attractive price-to-book (P/B) ratio of 1.3x, price-to-earnings (P/E) ratio of 8.9x and dividend yield of 5.9%. He said Barclays PLC’s success in selling down its shares in Barclays Africa to a minority stake earlier this year, shows domestic banking stocks are attractive at such levels.

Moneyweb previously reported that Barclays PLC sold down its stake in its African unit earlier than anticipated in the largest book build in South African history overnight on May 31 2017. It had planned to sell a 22% stake in Barclays Africa but increased the placement to a 33.7% stake due to strong investor demand, with shares being multiple times oversubscribed.

Speaking at an OML investor showcase in Johannesburg last week, Nedbank chief executive Mike Brown said unbundling would occur some months after OML’s listing so as to allow its shareholder base to settle and minimise flowback such that OLM shareholders are effectively shareholders in waiting for the OML distribution.

Despite expectations that PLC’s managed separation would unlock value for shareholders by narrowing a historically averaged conglomerate discount of 10% to 20% of market cap, as well as eliminating £95 million per annum in operational costs, shares in PLC have yet to adjust.

“PLC is trading well below the sum-of-the-parts at the moment. One theory is because non-South African shareholders are not necessarily interested in holding shares in a South African business after the restructuring. There is a lot of interest in Old Mutual Wealth, which is performing very well in terms of new investment flows in the UK. It’s likely that investors don’t want to buy the whole of PLC right now, only to sit with shares in an emerging markets company later so that’s probably why the shares haven’t rerated,” De Bruyn said.

This is likely to change once PLC provides more details on the managed separation and upcoming listings. 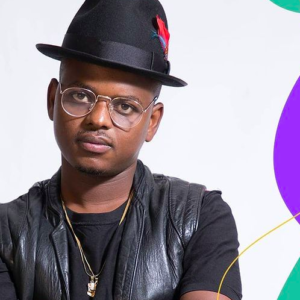