SA Express is an alliance partner of SAA, and is dependent on it for code sharing and related services. 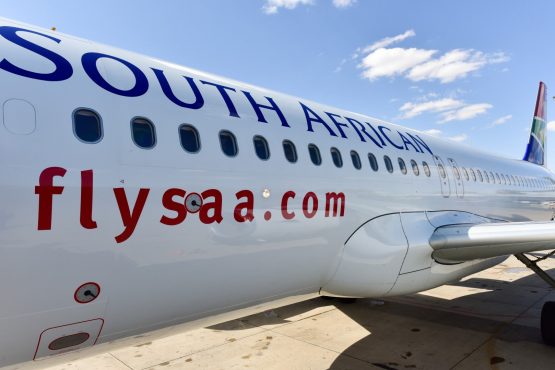 The fact that national carrier SAA has been placed in business rescue is risking the viability of another state-owned airline, SA Express, according to court documents filed last week.

Transport and logistics company Ziegler has filed an urgent court application to place SA Express under business rescue, in an effort to recover around R11.3 million it says the airline owes it for services rendered.

The documents further reveal that while SA Express and SAA are separate businesses, SA Express is a creditor of SAA. Business rescue practitioners of SAA have confirmed this.

The court application, filed in the Johannesburg high court on Friday, was deposed by Ziegler managing director Charl du Toit and lists the minister of public enterprises, the finance minister and the Companies and Intellectual Property Commission, among others, as respondents to the application.

‘No payments forthcoming from SAA’

SA Express is an alliance partner of SAA, and is dependent on it for code sharing and related services.

According to Ziegler’s affidavit, SAA owed SA Express approximately R20 million, before the national carrier was placed in business rescue in December 2019.

“Since SAA was placed in business rescue, SA Express as a major creditor of SAA is even more cash-strapped than before, since no payments are forthcoming from SAA,” du Toit added.

SAA on Tuesday announced that it was cancelling and consolidating selected domestic and international flights as a means to save cash.

SA Express spokesperson Mpho Majatladi told Fin24 that she could not confirm these details, as the matter is sub judice.

SA Express intends to oppose the business rescue application, and the airline had until 5pm on Wednesday, 22 January, to file its answering affidavit. However, by 3.30pm on Wednesday, Ziegler’s spokesperson said no documentation had been received, including notice of opposition.

“The airline assumes that the application to place SA Express under business rescue was driven solely by self-serving motives, which would allow Ziegler to claim funds against their own credit insurance and at the disadvantage of other creditors who may not have the same benefits,” Majatladi said in the statement.

SA Express terminated its contract with Ziegler SA in January 2019, following a review in which it says it found a “number of discrepancies” related to the contract.

“Ziegler was one of the contractors identified as irregular and misaligned to the Public Finance Management Act (PFMA). Upon reviewing this particular contract, SA Express discovered a number of discrepancies allowed by the previous leaders of the organisation,” said Majatladi.

According to Majatladi, there was a clause in the contract which limited SA Express from reviewing or disputing incorrect invoices.

In a statement issued by Ziegler on Tuesday, the global logistics solutions provider denied that aspects of its contract were irregular.

“SA Express has never raised concerns regarding the quality of our service and confirmed in a letter dated 14 August 2019 that it has no legal dispute regarding our invoices and that it was merely a process of reconciliation that led to payment delays.

“We have no knowledge of any internal investigation by SA Express into this agreement,” Du Toit said.

Ziegler entered into an agreement with SA Express on 27 January, 2017 – to provide services such as facilitating the movement of aircraft parts and engines both internationally and domestically for maintenance. The agreement was to apply for three years – from 18 February, 2016 to 17 February, 2019.

According to the affidavit, since the inception of the agreement, SA Express “rarely, if ever, made payments within the required 30 days”.

Du Toit said that Ziegler often had to extend payment terms, on the request of SA Express.

“Despite receiving a cash injection from the South African government of approximately R1.7 billion between January 2017 and December 2018, SA Express has been unable to overcome its financial difficulties,” Du Toit said in the affidavit.

“SA Express is currently facing cash flow shortages and is unable to pay its debts as and when they become due. To this end SA Express has not only fallen into arrears with Ziegler but with other creditors who have already taken steps to liquidate SA Express,” he reiterated.

Ziegler also noted that SA Express has been making operating losses. The auditor-general’s report for the airline revealed it made a R590-million loss for the 2018/19 financial year. The airline received a disclaimed audit opinion due to the lack of evidence in financial statements to assure the AG that it would remain a going concern status. SA Express has still not tabled its annual report for the period before parliament.

The airline has also been grounded twice in the past two years. First in 2018 for not complying with safety regulations of the South African Civil Aviation Authority, and then again in 2019 due to financial challenges as it owed Airports Company South Africa R71 million in legacy debt, Fin24 previously reported.

Ziegler would prefer that SA Express be placed under business rescue, rather than being liquidated.

“It is Ziegler’s view that urgent intervention is required to rescue a potentially viable airline business from complete collapse not only to the benefit of its creditors but for South Africa as a whole,” the affidavit read.

However, Ziegler has requested that as an alternative to business rescue, the airline be wound up on the basis that it is unable to pay its debts.