The department of public enterprises says it's 'disappointed' in pilots seemingly not realising the airline is financially depleted and fighting for its survival. 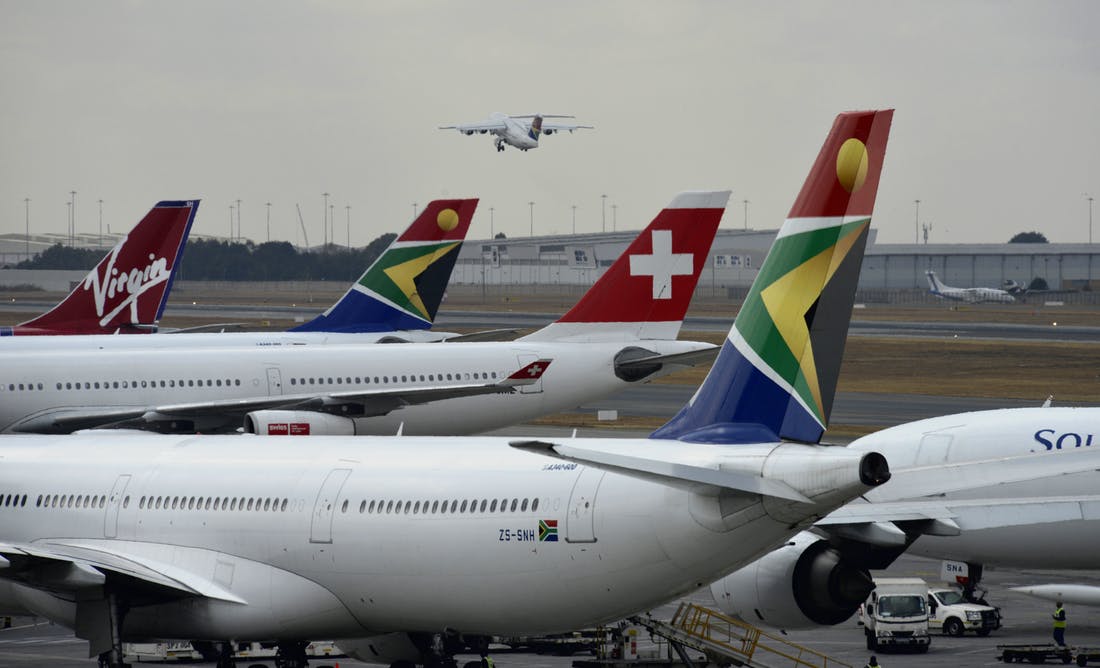 The department of public enterprises (DPE) has accused the SAA Pilots Association (Saapa) of trying “to squeeze the last resources out” of South African Airways ahead of a crucial vote by creditors of the airline on a proposed business rescue plan, scheduled for Tuesday.

A vote of 75% of the voting interests is required to accept the plan. This is the second attempt to get the plan accepted. Four big SA banks hold government guaranteed claims totalling R16.4 billion and form the largest voting bloc.

SAA went into business rescue in December last year, following years of losses and repeated state bailouts to the tune of R30 billion over the past ten years.

The DPE said in a statement on Monday that, as the shareholder of SAA on behalf of the government, it is “disappointed” in what seems to be the SAA pilots not realising the airline is financially depleted and fighting for its survival.

Bulk of the wage bill

The 600 SAA pilots make up 13% of SAA staff and 45% of the wage bill. The lowest-paid of SAA’s 170 senior pilots earns R3.6-million a year, excluding perks and incentives. Of the R2.2 billion in the proposed rescue plan set aside for the voluntary severance packages (VSPs), pilots will in total get more than R1 billion.

Captain Grant Back, chair of Saapa, told Fin24 on Monday that the union has committed to negotiating new terms and conditions “just like the DPE has committed to a new board and new executive leadership”.

The initial rescue plan said only 1 000 SAA’s almost 5 000 employees would be retained, and around 2 700 retrenched. In terms of the DPE’s proposal, another 1 000 could be placed in temporary skills development programmes and the rest retrenched.

The VSPs offered by the DPE include one week calculated per year of completed service, one-month notice pay, accumulated leave paid out, the severance criteria to be calculated on a back-dated 5.9% wage increase which was agreed to in November last year, a 13th cheque and a skills development model.

Saapa has proposed that only 1 548 staff members be retrenched, and 3 099 retained, offset, somewhat, by increased cuts in salaries.

In the view of the DPE, its VSPs and a vote to accept the proposed rescue plan would be “the most expeditious option” for the national carrier to restructure into “a new viable, sustainable, competitive airline that provides integrated domestic, regional and international flight services”.

‘The status must change’

The DPE expects Saapa will insist on amendments of the rescue plan during Tuesday’s creditors’ meeting, warning it will be to the detriment of the future prospects of SAA.

“The terms and conditions of employment on which SAAPA insists for pilots is still based on the premise that SAA is an internationally competitive and profitable company when in fact the airline is insolvent and in business rescue,” says the DPE.

The National Transport Movement (NTM) claims it has consistently been calling on government to redress “the undue exorbitant salaries and benefits enjoyed over the past 24 years embedded in the so-called evergreen agreements” like that of the SAA pilots.

“We maintain our stance that the status must change in the new SAA in that all employees must be treated equally,” said NTM president Mashudu Raphetha.

In his view, it is, however, incorrect to paint all the SAA pilots with the same brush.

“The NTM Pilot Forum has without wavering championed the cause of transformation, and redressing the imbalances of the past which had ensured that a minority of pilot community had enjoyed opulence at the expense of the entire SAA workforce, derived from their ‘evergreen contracts’ steeped in the pre-1994 mindset…,” said Raphetha.

“NTM and its Pilot Forum remain committed to engaging in good faith with the DPE on issues concerning pilots at SAA to ensure the birth of a financially viable, globally competitive airline.”

He urged the creditors to vote for the proposed rescue plan and ignore requests by some unions who are allegedly planning to request a further postponement.

Other unions were also approached for comment. At the time of publication Numsa had responded to say it is not commenting on the pilot issue at this point.