Dibetle has confirmed that only seven people have received benefits to date, as part of a 'pilot project' last year. 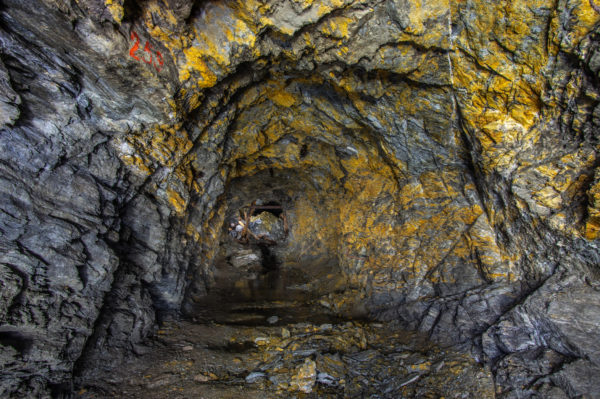 Tunnel in an old gold mine. Picture: iStock/ Ivan Boryshchak

Beneficiaries of the much-publicised settlement in SA’s first class action claim – in which gold mining companies agreed to set aside a minimum of R5 billion to pay damages to mineworkers who contracted silicosis or work-related tuberculosis – are still waiting to see some money.

The settlement was signed in May 2018, nearly 10 years after the case began and after years of legal wrangling and negotiations between the gold mines and attorneys driving the class action. The settlement was finally approved by the high court in July 2019.

To date, seven beneficiaries have been paid damages of R250 000 each in a case that has been hailed a breakthrough for mineworkers who contracted life-threatening diseases while working in an unsafe and dusty environment.

The lawyers and administrators have done somewhat better.

The gold mining companies agreed to pay all parties’ legal costs, as well as all the administration costs to ensure that benefits agreed to in the settlement reach the beneficiaries.

When the high court sanctioned the settlement in 2019, it approved legal fees of R355 million to be split between four law firms, Richard Spoor Incorporated, Motley Rice, Abraham Kiewitz Inc and Hausfeld in the US. Even the Legal Resources Centre, the public law clinic that usually does not charge fees, was set to receive R15 million from the gold mines that was party to the settlement.

The mines paid R5 million to set up the Tshiamiso Trust (meaning ‘to make good’) and agreed to pay all operating and administrative costs of up to R845 million over the next 12 years.

The trust is set to operate for that long to ensure enough time to trace all the affected mineworkers and to ensure a long enough incubation period in cases where mineworkers were exposed to silica dust but are currently still healthy.

An update of the trust’s activities shows that a lot of administration and preparation has been done. Alternatively, one could say that a lot of money has already been paid to administrators, suppliers and service providers.

The chair of the board of trustees of the Tshiamiso Trust, Professor May Hermanus, says it has been a big challenge for the trustees and the management team to set up the huge infrastructure which is needed to implement the 12-year, R5 billion settlement that will ultimately pay out benefits to “an expected tens of thousands of people”.

She also acknowledges the delays claimants have experienced: “The wait since May 2018, and since the establishment of the trust in February 2020, has been a source of frustration for our prospective claimants, many of whom are old and ill.

“Where they have passed away, the wait has been the ordeal of their dependants. The trustees and the management of Tshiamiso are painfully aware of this,” says May.

The infrastructure is seemingly in place now, according to the update of the trust’s activities.

The trust has established 50 offices where mineworkers who believe that they have a claim for damages can go to lodge claim documents and book an appointment for a medical examination.

These offices are in mining centres and areas from which labour has historically been drawn in SA, Lesotho, Mozambique, Eswatini (formerly Swaziland) and Botswana.

Medical examinations are necessary due to the benefits agreed to in the settlement.

Benefits are paid according to the severity of the injury to a worker’s lung function. Class One silicosis is defined as sufferers with mild lung impairment of less than 10% of lung function. These workers will receive a R70 000 benefit, while more severe cases will receive higher compensation.

The Tshiamiso Trust has launched a publicity campaign to reach affected mineworkers, built up a database of affected workers, collected correct contact details and set up a call centre to deal with enquiries from miners who worked at any of the 82 gold mines since 1965.

Hopefully, everything is ready to go now

“More than 1.3 million people worked in the gold mining sector of which half worked on [a] mine during this period,” says May. “We want to ensure that everyone that is eligible will benefit.”

The trust promises that the process is now ready to roll out.

The update mentions that the call centre has dealt with 10 151 calls to date, 5 638 claimants have made appointments to lodge documents, 2 402 have lodged their claims, and 408 have undergone medical examinations. The trusts aims to process claims within four to six months.

Monako Dibetle, stakeholder and communications manager at Tshiamiso Trust, says funds are paid over by the six companies as claims are lodged in respect of people employed at their mines.

Dibetle confirms that only seven people have received benefits to date, as part of a “pilot project” last year.

“Certainly the seven have received payment,” she says.

Crooks aiming for a look-in

Meanwhile, informal assistants and crooks have developed their own process to earn money too.

Tshiamiso CEO Daniel Kotton warns of scams where unauthorised individuals have asked for payments from claimants to assist in the processing of their claims.

“These are very serious scams because these individuals have no capacity – or intention – to assist.

“I want to emphasise that Tshiamiso will never ask claimants to pay any fee for clerical assistance in lodging their claims,” says Kotton.

While more than 10 years have passed since the claims for compensation started, the actual process is only starting now, and is set to carry on for another decade or so.

No limit to liability

In addition, the exact quantum of the compensation is unknown.

The settlement agreement between the parties determines that gold mining companies’ liability for damages is unlimited. The six gold mining companies that are party to the settlement agreed to furnish initial guarantees to the amount of R5 billion for the payment of benefits to mineworkers or the dependants of mineworkers who have died of silicosis or pulmonary tuberculosis, but the total cost could go much higher.

One wonders if a second round of legal action, together with hefty bills, is lurking in the future.

“The greatest form of justice we can try and fully support is to get money as soon as possible to individual mineworkers and their families.”