Unions Numsa and Ceppwawu are calling on Mantashe to stand up to International Oil Companies and save jobs in the sector. 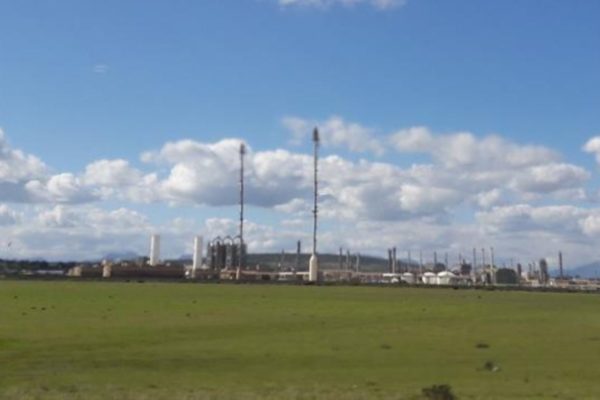 The National Union of Metalworkers of South Africa (Numsa) and the Chemical Energy Paper Printing Wood and Allied Workers Union (Ceppwawu) are calling on the government to “immediately put a stop to retrenchments at PetroSA.”

If PetroSA retrenchments continue, 900 of its staff will have lost their jobs, according to an eNCA report.

The South African Federation of Trade Unions says after this, there will only be 300 staff left, who will be absorbed by the “strategic partner in the private sector”.

Now, Numsa and Ceppwawu are calling on Mineral Resources and Energy Minister Gwede Mantashe to stand up to International Oil Companies for allegedly abusing their import licences and undermining South Africa’s manufacturing capacity.

“As unions organising in the petroleum sector and refineries in particular, we have been left with no option but to call on government to intervene and put a stop to the greed of International Oil Companies (IOC’s) who are de-industrializing our country by closing local refineries and importing petrol and diesel, destroying workers’ jobs,” the unions said in a joint statement.

Numsa and Ceppwawu are accusing IOCs such as Shell, BP, Engen, PetroSA, SAPREF and Chevron of “abusing their import licenses by taking a conscious, greedy decision to close refineries in the country, only to import the finished product, diesel and petrol onto local shores.”

“They must stop using propaganda that crude oil is unaffordable, and citing the government’s strict regulation on sulphur pollution,” said the unions.

“As labour movements, we firmly believe that there is no justification of the IOCs not to invest in the improvement of solid infrastructure of the refineries. We expected these IOCs to expand their refining capacity in the country by injecting capital in their operations.

“Instead, in line with what we believe is a deliberately orchestrated agenda, we have noticed capital outflows and suspicious fires at refineries under the guise of accidental incidents, namely the 2020 Engine and Astron Refinery burns.”

Numsa and Ceppwawu are now calling on government to stop IOCs from importing diesel and petrol, by limiting imports to state-owned companies exclusively. “If they close refineries, they must not be allowed to import petrol and diesel.”

The Citizen has contacted PetroSA for comment but no one was available.