Eskom pulls the plug on renewables

South Africa’s highly successful pogramme to procure renewable energy from independent power producers (IPPs) skidded to a halt after the Eskom board decided to stop issuing so-called budget quotes, required for financial close on these projects. 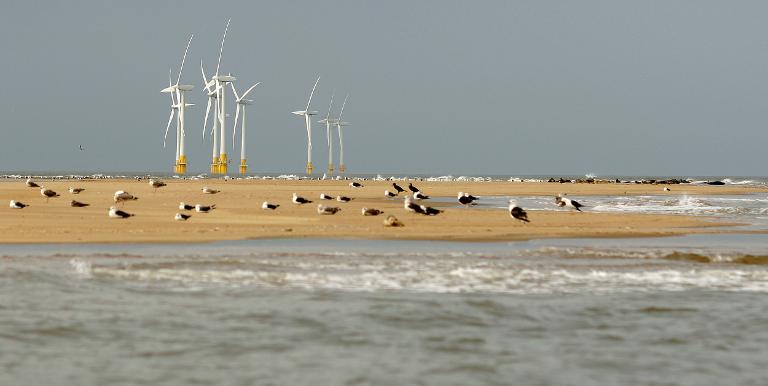 Scroby Sands wind farm off the coast of Norfolk, England, on August 27, 2008

Moneyweb has obtained a copy of a letter by Juan la Grange, Eskom senior manager in the office of the Group Executive for Transmission Thava Govender, in which Eskom says due to liquidity problems it won’t issue further budget quotes to IPPs until March 31 2018.

This has sent shock waves through the renewable energy industry.

Budget quotes are final quotes and technical specifications for the infrastructure needed to connect renewable energy projects like wind and solar farms to the Eskom grid. They are issued to preferred bidders and are required for financial close on the projects.

The project developers pay for the infrastructure, even though Eskom takes ownership of it. If the budget quote is issued, the procurement process can proceed to the conclusion of a power purchase agreement (PPA) that binds Eskom to buy energy from these projects for 20 years.

Several people close to the process told Moneyweb that Eskom’s decision is aimed at preventing the conclusion of the PPAs and therefore the financial obligation it places on Eskom.

In the letter La Grange says: “Eskom is facing serious liquidity issues, making it impossible to commit to any of the DoE (Department of Energy) REIPP programmes after bid window 3”.

He acknowledges that it will delay the delivery of these projects.

Eskom in the letter puts the blame for its predicament on energy regulator Nersa, saying “the outcomes of the relevant Regulatory Clearing Account (RCA) submissions are not guaranteed so that Eskom cannot responsibly commit to the related expenditures”.

RCA submissions are interim applications to recover the difference between forecast expenditure on which tariff determinations were based and actual expenditure. Eskom has only once before utilised this mechanism, when it claimed R18.4 billion for the tariff period from 2010-2013, but was awarded only R7.8 billion.

Nersa disallowed certain costs, saying it was self-inflicted due to Eskom’s failure to properly maintain its coal-fired power stations.

It is probably this experience that informs Eskom’s reluctance to commit to further IPPs.

Government’s renewable energy procurement programme has been a huge success and is held as a model programme in terms of international standards.

DoE acting director general Dr Wolsey Barnard on Tuesday released a report stating that the programme has so far attracted R192.6 billion, of which R53.2 billion was much needed foreign investment, since it was launched in 2011.

Thirty seven projects have already started commercial operations, adding 1 860MW of dearly-needed generation capacity to the national grid. They are bringing huge economic benefit to rural areas, especially in the Northern and Eastern Cape where economic development and job creation in very poor communities is visible, thanks to these projects.

In April the department announced 13 preferred bidders from its round 4 bid window to the value of R23 billion and subsequently a further 13 to the value of R25 billion were announced. That bid window was significantly over-subscribed and the average tariffs at which the energy will be sold to Eskom has decreased significantly since the first round.

It is these 26 projects and anything thereafter that are now in jeopardy. They will have a joint generation capacity of 2 205MW.

The department in April also announced an expedited bid programme. The submission date for the bids has been postponed twice since June and is set to close on November 2. If the issue is not resolved, the preferred bidders from this process won’t be able to proceed to financial close either.

Some commentators have asked whether the coal and gas IPP procurement programmes may also be impacted.

Nersa regulator member for electricity Thembani Bukula said the regulator’s staff is preparing a submission for its electricity committee meeting next week about the Eskom board decision.

Nersa is the custodian of the National Grid Code that governs, among other things, grid connections. Moneyweb was told that in terms of the Grid Code Eskom has to issue the required budget quote within six months after receiving an application. The purpose of Eskom’s letter is to request exemption from this provision.

Bukula told Moneyweb that Eskom has not made a RCA submission since its application for the re-opening of the current tariff determination, that is in effect until March 31 2018, was rejected because it did not comply with the prescribed methodology.

Asked whether Nersa can guarantee the outcome of an RCA submission, Bukula said Nersa has to comply with the legislation which entitles an effective operator to recover prudently incurred costs and a reasonable return.

It is this prudency test that has been problematic for Eskom. It further stands to reason that Nersa cannot process an application if Eskom fails to submit it.

Eskom spokesperson Khulu Phasiwe was on leave and not available for comment. The DoE IPP unit was not able to comment on Thursday.

South African Independent Power Producers Association (SAIPPA) chair Sisa Njikelana said Eskom’s decision is erroneous and premature. Such a decision can only be effective once Nersa endorses it, he said.

If the decision is allowed to prevail, it will have a devastating effect on IPP’s, he said and will interrupt government’s Renewable Energy IPP Purchase Program (REIPPPP). Njikelana said investors are quite sensitive to such actions.

He said SAIPPA was not been aware of problems or been consulted before it became aware of the Eskom letter.

“Nersa should intensively engage with Eskom to address this matter, especially its root cause. Nersa should further facilitate a broad consultation with various stakeholders before reaching a final decision”, Njikelana said. Such consultation should include IPP’s, Eskom, government departments and Salga, he said.