It would be fair to say that ardent South African hip hop fans have always been aware of Botswana rapper Zeus, who arrived on the scene in 2004. 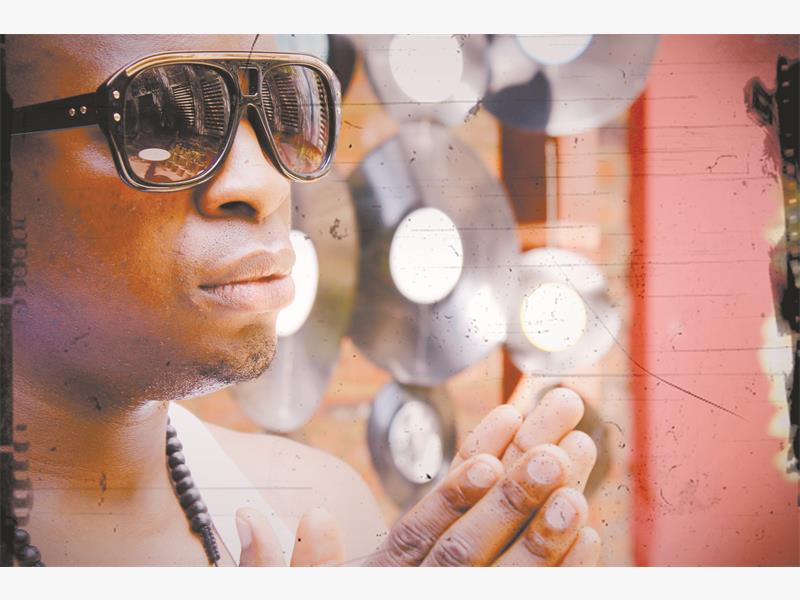 IN THE SPOTLIGHT. Rapper Game Bantsi, better known as Zeus, is making the most of a newly expanded profile. Pictures: Supplied.

Known to his parents as Game Bantsi, the wordsmith has always operated in the margins with credible guest appearances on HHP’s early offerings and a few singles that captured some attention, but nothing that catapulted him from there into the mainstream. His own biography describes him as “underrated”, which is usually a bad omen, as most underrated but respected artists remain that way throughout their careers.

However, the real reason Bantsi has eternally remained on the cusp was that he never really revealed himself beyond the occasional music video. Folks need to see more than just a promising 16-bar verse. Bantsi certainly has an ear for the hit, with tracks like Imagination, Gijima, Champagne Music and I’m Out Of Mind and the recent Datswasup (featuring Tumi Molekane and AKA) all being popular.

This summer Bantsi is finally revealing himself, showing his cards with the release of the album African Time. The title is a play on the famous “African time” joke that refers to an utter disregard for punctuality, as well as to an assertion that it is Africa’s time to thrive and prosper. In many ways, this album is an ode to the continent and the possibilities that exist despite the problems. Africa is the thematic thread that runs throughout this work in terms of the sound and the lyrical direction. Numerous interludes act as bridges between tracks, including speeches from former Mozambican president Samora Machel, former South African president Thabo Mbeki and excerpts from various documentaries on Africa.

Sampled artists from across the continent include Louis Mhlanga, Dr Thomas Chauke, Mahotella Queens and even Mzekezeke.

“This is bigger than just an album for me,” explains Bantsi.

“It’s a philosophy, an ideology, a history lesson, a lifestyle, a way of doing business, Africanism in a modern context; this is about our survival and beyond.”

Seeing an opportunity to further his understanding of the continent and its people, Bantsi took up an invitation from DStv to be part of Big Brother Amplified in 2010 which exposed him to over 40 million households. This venture helped raise his profile.

After Big Brother, Bantsi took a break from hip-hop and worked on a house-influenced project called Dancing Shoes, which was perhaps the businessman in him seeing the commercial potential of house music.

He was clearly onto something, as the the title track became a successful single, earning him a Channel O Award nomination. It was only a matter of time, though, before he returned to his hip-hop roots via a collaboration with Molekane and AKA. That single earned him a Channel O Award in the Most Gifted Male Video category at this year’s awards.

Bantsi also has street credibility (despite the reality TV star tag) after a feud that began in Gaborone continued in South Africa. During a broadcast of Yarona FM breakfast show The Real Enchilada (which Bantsi co-hosts with prominent media figure Tumi Ramsden) fellow rapper Scar displayed behaviour that did not amuse Bantsi.

Ramsden had just played a new track from Zeus’ album and said that she liked it. Scar’s opinion of the song was made apparent by a fake yawn. This led Bantsi to post a comment on his Facebook page and Scar did the same on his page. The war of posts continued back and forth. That matter is now history for Bantsi and his current focus is on the continent and achieving great success.

“I wrote on my album sleeve, before the thank yous, about my belief in the richness that exists within this continent,” Bantsi says. “And I meant every word. If I am to be remembered for only one project I would choose this one because of its authenticity and bold declaration of African hip hop’s independence and self- determination in finding a unique sound that can connect yesterday and today.

”It really is a special project for the mind, heart and soul and it is intellectual enough to make you think and reflect yet simplistic and soulful enough for the audience to connect with. It also reflects the great African minds from across generations that I have been influenced by and I salute and honour them. This is African time.”