‘The Legend of Tarzan’ is exceptionally difficult to watch

Alexander Skarsgård proves himself only as a body. 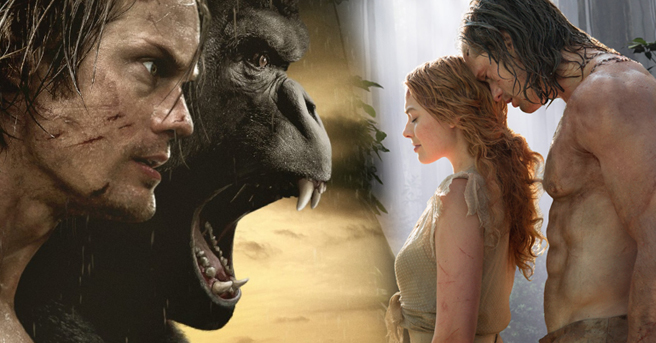 'The Legend of Tarzan'. Picture: www.nazgoz.com

The problem with the latest reboot of Tarzan is not that it’s bad, it’s that its exceptionally difficult to watch.

The impressive CGI and the lavish depictions of Africa is so beautiful, that you can’t help gawk at the screen – but considering the protagonist Alexander Skarsgård who plays Tarzan was likely only hired because of his impressive set of abs, the whole experience turns into something that feels uncomfortable.

The good news is in our current colonial-sensitive South Africa, the film doesn’t necessarily lean toward the idea of a white-man savior for Africa, but rather focuses on ideas such as modernity vs tradition, primitivism and even animal conservation – but as stirring as all this sounds, the bulk of the film is long action sequences or flashbacks. The lavish world of Tarzan and the scenic depictions of African jungles may take centre stage, but they are short-lived flickers of beauty. The rest of the film involves sub-plots including the uncovering of the slave-trade, the exploitation of the Congo’s natural rescources and even a frantic search for Jane (played by ‘it’-girl Margot Robbie).

In-between there are also endless shots of a shirtless Skarsgård. Considering the main premise of Tarzan is a man caught between two very different worlds, Skarsgård fails to prove himself as a worthy film actor capturing that torment, which is a pity. His Hollywood-looks and impressive stint in True Blood means he’s destined to be more than a TV actor – but Tarzan categorises him simply as a good body and an okay actor.

Robbie as Tarzan’s prim but rough-around-the-edges Jane has to be included into any Tarzan premise, but in the film, especially near the end, Jane merely becomes a plot point – which is a tad frustrating.

A lot of these problems stem from a script that overreaches. There’s simply too much that happens, and it’s introduced way too late into the story.

The pity is, this version of Tarzan comes from the same man that gave the world the last few Harry Potter films – something director David Yates was able to handle with incredible sensitivity. The Potterverse under his watchful eye became bigger and better. But there’s a little good news. On Twitter, Warner Bros and Stop Ivory are participating in a “ReTweet for Good” campaign, with the studio making a donation to an organization for retweets of select Stop Ivory PSAs at designated times.

Additionally, the studio has created a featurette, entitled From Gabon to the Big Screen, which chronicles director David Yates’ journey with Ponte to capture the landscapes of Gabon for the film.