Lighting up the aisle

Many Western brides tend to resemble, as it was so aptly put in Four Weddings and a Funeral, a meringue. SYMMETRY. Bright colours all around

Big, puffy white dresses seem to have stood the test of time. Interestingly enough, the trend only became popular after the Sixties. Before that, wedding dresses reflected what was fashionable at the time.

The recently held India Bridal Fashion Week was an explosion of colour, which managed to incorporate Indian traditions while still keeping up with the latest fashions.

Perhaps this is because bridal couture is one of the most lucrative segments of the Indian fashion industry. India Bridal Fashion Week is huge and attracts about 9 000 visitors. It’s held in two separate weeks – one in July and one in October.

The July event – which was staged at a venue in Delhi’s very own Nelson Mandela Road – was one of four major fashion shows held in India. Photos show the who’s who of the Indian social world turning out in their finest to see what’s new in the bridal fashion sphere.

Weddings are clearly big business in India, with “luxury weddings” becoming a much bandied-about term on fashion websites. Reports have stated that big-name brands like Dior and Christian Louboutin are creating lines aimed specifically at the bridal market. These items include gifts for guests – who wouldn’t prefer a pair of Louboutins to a hessian bag filled with almonds as a take-home from a wedding? 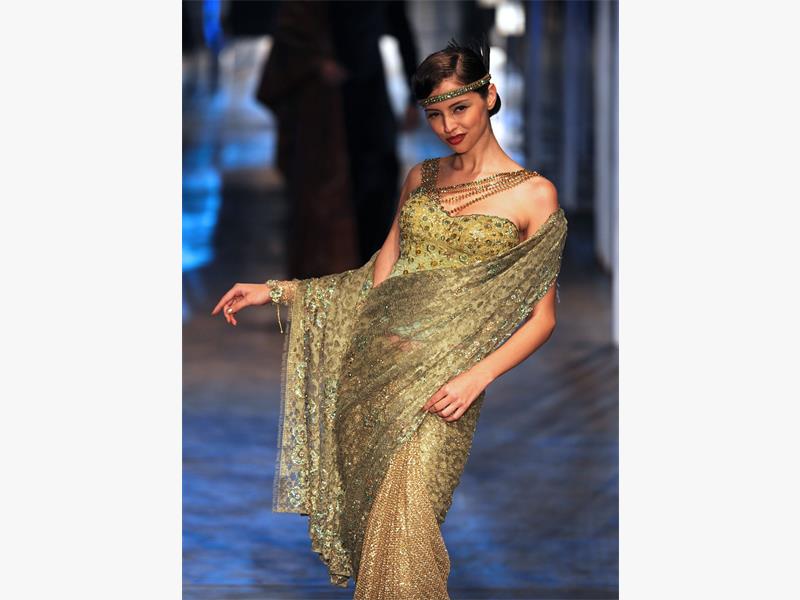 The website @bigindianwedding features an article about a wedding that cost the happy couple (or their parents) $66 million (R660m). The couple tied the knot at the Palace of Versailles in France, and had a guest list that included Kylie Minogue. One can only imagine what the dress must’ve cost.

All of the fanfare aside, Indian weddings are steeped in tradition. Red is usually a popular colour among Indian brides as it is considered to be an auspicious hue, but other colours like gold and ivory have become popular.

Designer Tarun Tahiliani closed India Bridal Fashion Week with his collection, which was filled with rich red tones and intricate embroidery. He also presented a line using fabrics in pink, ivory and red, which impressed critics who said that he had brought “lightness” to Indian fashion.

One can’t help but wonder if Indian brides long for the simplicity of a white wedding gown, while the Western world lusts after a wedding dress that adds a splash of colour to a usually demure affair. 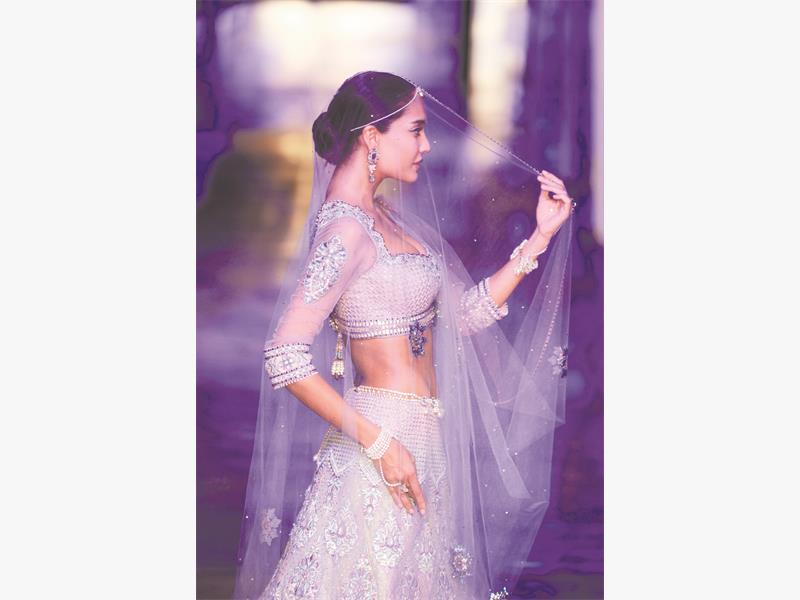 EASTERN INFLUENCE. A model presents a creation by designer Tarun Tahiliani during the Grand Finale of Indian Bridal Fashion Week.