Hedy Lamarr is brought to life in one-woman show Heather Massie in 'Hedy! The Life & Inventions of Hedy Lamarr'.

In this Women’s Month, Hedy Lamarr, glamorous siren of the silver screen from a bygone age, is brought dramatically to life on stage by American actress, Heather Massie.

Massie’s one-woman show, Hedy! The Life & Inventions of Hedy Lamarr, is on at the Auto & General Theatre on the Square in Sandton and judging by reactions, it is tremendous entertainment as well as being informative.

Lamarr was considered more than the most beautiful woman in the world. She invented spread-spectrum technology, now known as frequency hopping, that helped make the world of wireless communication tick.

Her story stretches from Austria to Hollywood, through the intrigues of World War II, up until today with the cellphone buzzing in your pocket.

Massie’s show explores the life, inventions and personality of Lamarr, a Viennese-born Hollywood film star who reigned from the ’30s to ’50s. 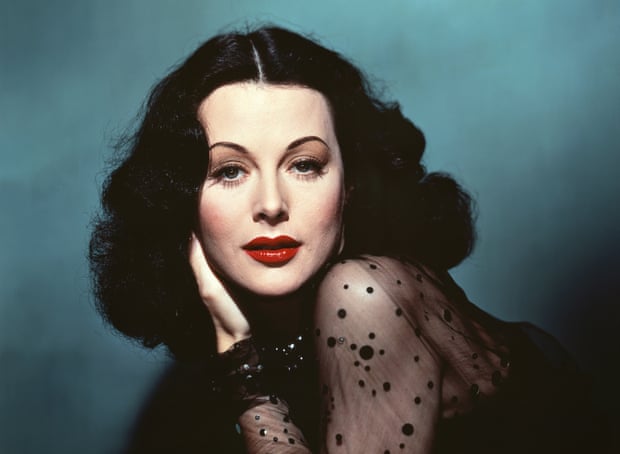 Known as “The Most Beautiful Woman in the World”, Lamarr stored knowledge of munitions while married to Austrian arms dealer Fritz Mandl. She employed this knowledge to support the US Navy’s war effort during World War II by inventing The Secret Communication System with composer George Antheil, to make torpedoes more accurate.

Massie returns to South Africa for the third time with this show, which was first performed in 2017 in Bulawayo, Zimbabwe.

She told me in an interview: “A couple of audience members suggested that while I was in Africa I should also play in Cape Town. So I arranged to present the show there and also to perform at the Cape Town Science Centre for Africa Code Week.”

Last year, Massie returned to Zimbabwe for the Harare International Festival of the Arts and returned to South Africa to perform at various centres, including the Sci-Bono Discovery Centre in Johannesburg for both secondary school pupils and the public.

Asked how she came up with the concept, Massie said: “I wanted to create a show with a science theme, and one that I could take around the world. Thus, I determined to create a solo show featuring a woman of science. Learning of Lamarr, I knew that she was the perfect subject.

Heather Massie in ‘Hedy! The Life & Inventions of Hedy Lamarr’.

“Her story is so unexpected and dynamic, with elements from Hollywood, cinema, WWII, intrigue, Austria, innovation, technology, invention, engineering, design and ingenuity. And the fact that Hedy was of Jewish heritage is of particular interest to her story, as her creation of this technology must have been motivated by a desire to defeat Hitler, the Nazis and the Axis Forces.”

Massie gathered as much material as she could find on Hedy and built a story around it.

“There were bits I found interesting and amusing. Fortunately, audiences responded to the same things that I found funny and ironic in Hedy’s story.

“She had a charming wit and it is a great deal of fun to embody her and to interact with the audience as Hedy during the show. Each audience is exciting and unique and this makes each performance special.

“I chose to also include the 33 other characters in Hedy’s life in the show, and I play them all. Audiences will see not only Hedy Lamarr, but also Jimmy Stewart, Bette Davis, Clark Gable, Louis B Mayer, three of her husbands and more.” 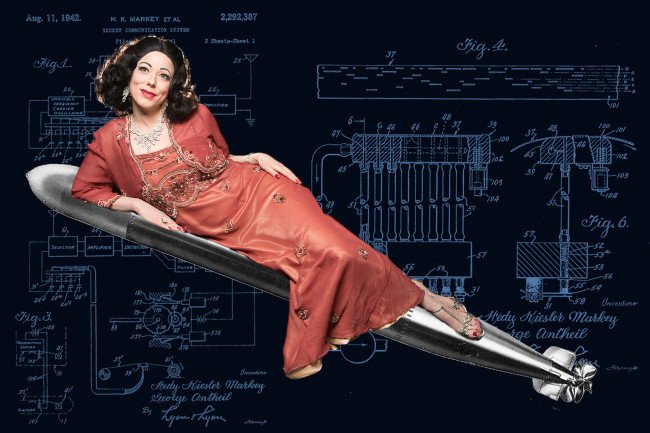 Heather Massie in ‘Hedy! The Life & Inventions of Hedy Lamarr’.

“My mission is to inspire audiences to find ways each day to make the world a better place, to encourage young women in endeavours of science and technology and to establish Lamarr as a role model for intelligence, ingenuity and invention.”

Massie always had an interest in the theatre but did not know if she would pursue it.

“Science was my greatest interest,” she revealed. “I always hoped that somehow I would land a project that would incorporate science. When that didn’t happen, I decided to make it happen myself.”

Hedy! The Life & Inventions of Hedy Lamarr runs until August 24.