Shot on the streets of southeast London, the film has dialogue which is hard to follow and subtitles are needed. 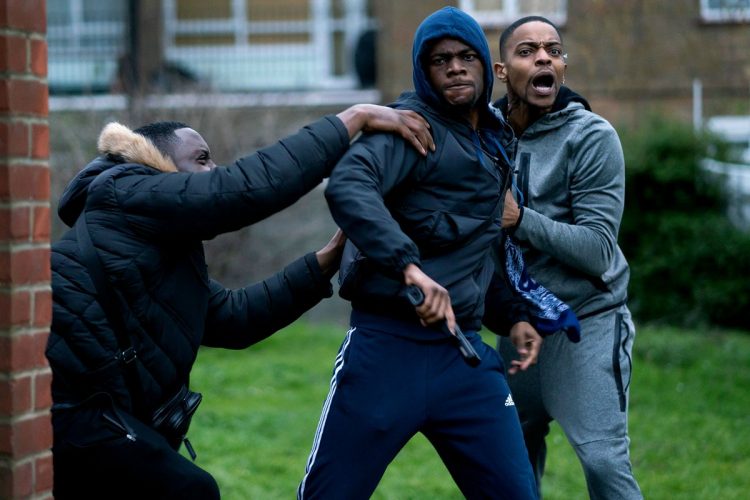 The harsh gang wars in the southeast of London are brought dramatically to life in this choppy production by Rapman, who wrote and directed as well as providing the rap elements.

Born and raised in southeast London, Rapman first burst into the public’s consciousness in 2014 with a series of short films released on YouTube. He wrote, directed, starred in and provided music and lyrics.

Inspired by the storytelling style of rappers such as 2Pac, Eminem and the Notorious B.I.G., Rapman’s short films are a unique combination of music video and narrative filmmaking, shot on the streets of southeast London and featuring his own rap narration. 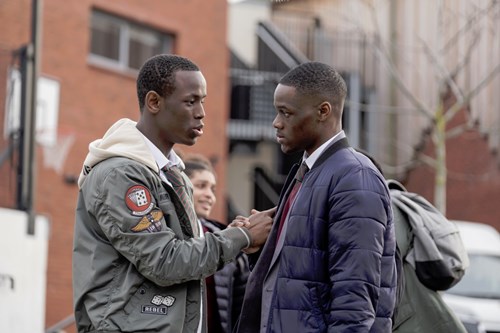 He says: “I didn’t know how to write a film, but I knew how to tell a story. My raps were always storytelling. My gift is telling stories.”

Though hidden in the fabric of the story is a kind of Romeo and Juliet theme, the basic tenets of Blue Story are violence and rivalry between teenage gangs jealously guarding their turf.

They believe in the dictum of an eye for an eye, even though innocent lives are lost and there seems no end to the turmoil and destruction being rendered in the crowded urban environments of today.

Rapman’s lyrics serve to recount the tense situations that arise, even though this device is far too intrusive and hampers the flow of dialogue. Some of the gang street talk proved meaningless to my ears and I found difficulty with a character’s dialect at key moments. Subtitles would have been of great benefit.

Still, Rapman has produced a true-life saga played out in the streets of a decaying part of London where gangs rule. 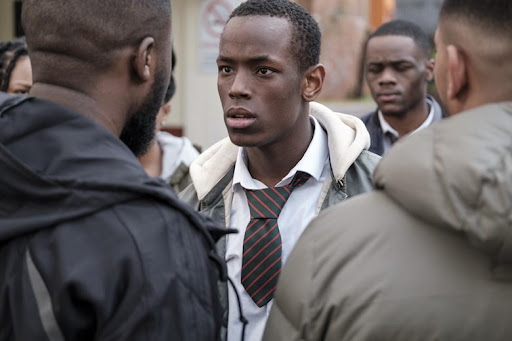 The narrative concerns two best friends, Timmy (Stephen Odubola), who is of African origin, and Marco (Micheal Ward,) of Caribbean origin, who attend the same high school in Peckham but live in neighbouring London boroughs.

Timmy is a quiet, studious individual who falls for fellow student, Leah (Karla-Simone Spence) and whose relationship is beginning to blossom nicely.

However, an incident follows and Marco is beaten up by one of Timmy’s primary school friends and the two boys wind up on rival sides of the never-ending cycle of a postcode gang war in which there are no winners … only victims.

We get to understand a little about Timmy and Marco and their frustrations but the characters, for a large part, remain sketchy entities; hooded, fast-talking and menacing individuals who are out for war, using illegal guns and knives to vent their anger.

Rapman’s focus is strictly on these people, while the police are shadow figures and are never part of the storyline.

If there is a message here it comes from Rapman’s lips: “What I want to do with this film is show people, the kids involved in gangs, that the decisions you make can affect not just your life but those around you. “

You might think that everything you’re fighting for is so important – but is it?”

This over-simplified version never quite gels as there is no analytical depth attached to it. Blue Story becomes yet another derivative platform for meaningless violence and revenge.