Metro FM has announced its 2020 line-up effective from tomorrow which was implemented based on the 2019 successes, that saw the station delivering its highest audience figures in four years.

As a result, it plans to maintain the current line-up with only a few additions.

Mo Flava and the MOP team get to keep their slot on The Morning Flava, which airs weekdays between 5am and 9am.

Dineo Ranaka, Lerato Kganyago and Somizi Mhlongo-Motaung also keep their slot on The Bridge from 9am to 12pm.

Thomas and Pearl will still hold down their lunch show, The Kings Suite, between 12pm and 3pm, with Newsroom Afrika’s Lindi Sirame joining the duo.

The station has introduced two developmental slots aimed at setting up new talent through weekend programmes – The Lift from 2am to 4am and Club with Mat Elle from 4am to 6am, hosted by Rorisang Thandekiso and Nthabeleng Matela respectively.

Metro FM Station Manager, Ms Sibongile Mtyali said: “We are ecstatic to welcome the new editions to the Metro FM Family. They each bring their individuality and unique skills to the brand. This move is in line with our commitment of growing and grooming radio talent as we consciously prepare Metro FM’s next generation of broadcasters.”

Lootlove joins the weekend breakfast, THE WKNDR with MoG, leaving DJ Speedsta to host the now two-hour long show, Absolute Hip-Hop by himself.

Responding to the news, Mabotja said leaving the station was “difficult” for her.

“Yes, It was a difficult decision to leave Metro FM, a station that I’ve now come to call home. For today’s show we celebrate the great moments and the amazing platform and opportunity I was given. Let’s have fun!”

Here is the full line-up: 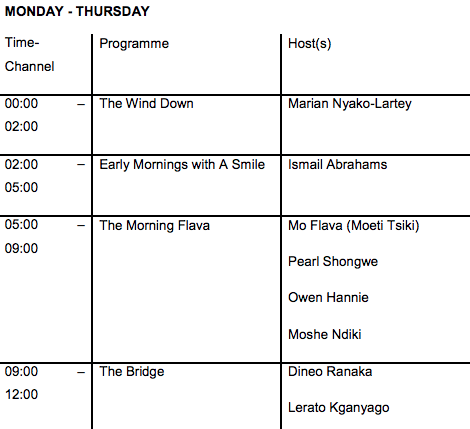 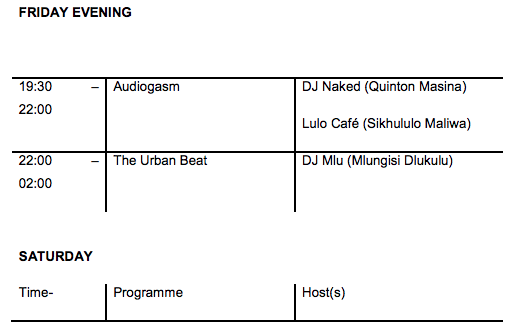