Nothing regal about these rules for royal kids The Duke and Duchess of Cambridge Prince William and Kate Middleton with their children. Prince George, Prince Louis and Princess Charlotte. Picture: Instagram

You probably wish you were born into royalty, what with all its perks and benefits. But in reality, coming from royalty is much tougher than you think – even for the children.

We look at some of the strangest rules that royal children in the English monarchy have to follow.

If you’ve ever wondered why Prince William and Prince Harry were always sporting shorts as kids, it’s because royal rules dictate that long pants are reserved for older boys and men. You are obliged to rock shorts until “you come of age”. 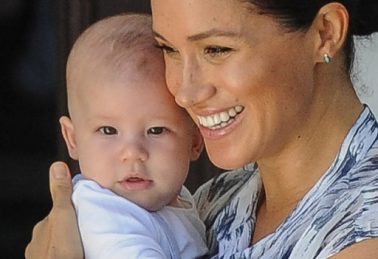 Meghan, Duchess of Sussex, holds her son Archie as she and Britain’s Prince Harry, Duke of Sussex, meet Archbishop Desmond Tutu and his wife Leah at the Tutu foundation in Cape Town on 25 September 2019. Picture: Henk Kruger/Pool/AFP

According to Harper’s Bazaar, the Duke and Duchess of Cambridge’s eldest son Prince George, who is seven, will likely begin wearing long pants when he turns eight, while brother Prince Louis still has years to go in his shorts. 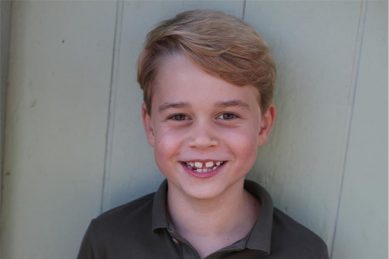 They can’t keep their gifts

You might think that as a child born into royalty, you are showered with gifts and that you are spoilt for choice. Unfortunately, royal children are not allowed to keep most of the gifts they receive as all presents are received on behalf of the Queen.

Meetings with foreign leaders are prohibited

As an ordinary person, you might think that as a child from royalty you rub shoulders with anyone you want to, but this isn’t the case. Royal babies must stay far away from, let alone greet, world leaders and foreign dignitaries.

Ever wondered why royal kids are well mannered as if they were born that way? That is because they have to undergo etiquette training “as soon as they’re old enough to sit at a table”. During these lessons, they are taught how to formally dine and attend formal events.

They can’t run to their grandmother in excitement, they have to bow and curtsey to the Queen

While the natural reaction for children is to run to their grandparents when they see them, this isn’t the case in royalty. Children are expected to follow protocol when greeting the monarch. They are expected to “curtsy or bow” to the Queen by the age of five.

They are not supposed to travel with other heirs

While heirs to the throne are prohibited from travelling together, the ability to travel together is “something that the Queen has the final say on”, according to the BBC.