Videos shared on social media on Sunday show it wasn't all love and roses for Nellie Tembe and AKA. In the past 24 hours Kiernan Forbes, known as AKA has been shrouded in controversy after damning videos were released showing how tumultuous his relationship was with his late fiancée, Anele “Nellie” Tembe.

Tembe fell from the 10th floor of the five-star Pepperclub Hotel in Cape Town on 11 April in what has been described as a suicide.

AKA has released joint statements with the Tembe family asking for privacy but the rapper recently said he was aware of the “insinuations” and “innuendos” about his alleged involvement in her death.

What we know so far:

On Sunday a News24 report, released images of an alleged argument which led to the rapper breaking down a wooden door using his hands to get to Nellie who had locked the door. According to the friend who provided the footage, the incident occurred in March at AKA’s Bryanston home in Johannesburg.

The report came a day before AKA released a new statement on Saturday denying he was a suspect in the inquest docket. It seems AKA may have known that damaging images and videos were going to be released a day later.

He said his legal team had been engaging with the police officer investigating Tembe’s death.

“What I will say as my truth; I was and still am madly in love with a girl, carrying whatever past traumas she faced before I met her. I own up to my past and current traumas and thus I have submitted myself to psychological and spiritual counselling for my own benefit and growth.”

AKA also admitted their relationship had its problems, that it was “challenging” and “tumultuous”.

ALSO READ:  AKA speaks out: ‘I’m not a suspect in Anele’s death’

The couple’s problems were for all to see when numerous videos were shared on Twitter showing candid footage of what many would say is disturbing.

In one video, Nellie is seen being hold back by two men. As she wriggles out of their grip she says: “You guys don’t know what he’s been doing to me.”

Another video purportedly recorded by the rapper, appears to show Nellie high on narcotics as AKA calms her and claims he stopped her jumping off the building.

When asked for an update on the inquest, Western Cape police spokesperson Captain FC van Wyk said: “The inquest is still under investigation and at this stage there are no new developments to report.” 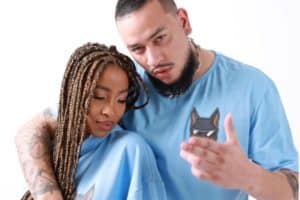 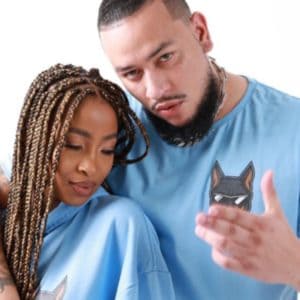 'I will never be the same': AKA remembers late fiancée Nellie
1 month ago
1 month ago

'I will never be the same': AKA remembers late fiancée Nellie
1 month ago
1 month ago