Which of the new characters can fill the shoes of Generations greats such as Tina Jaxa and Sophie Ndaba? 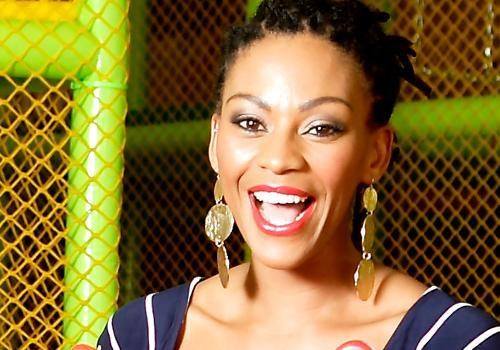 In twenty years Generations has become a mainstay in the lives of many South Africans largely due to its prime time spot, South African flavour and riveting story line set against the backdrop of a Johannesburg based ad agency.

When the show started it included a multiracial cast, and a subplot of a shared house where white, black, Indian and coloured lived in harmony.
In its heyday it featured interracial relationships and cultural differences in its story lines, intertwined with the drama and heartaches of its characters.

But since then the cast has changed.

The new show will be set around the New Horizons advertising media, set two years before the recent end of the show. It has been revealed that, in essence, the show will focus around the Moroka family with Connie Ferguson set to return as Karabo Moroka and Rapulana Seiphemo as Tau Mogale.

Much of the new story line will be revealed on December 1, along with a new cast, but in anticipation we thought we’d compare some of the old cast members with new ones.

Back in the day Lillian Dube as Masibobe played mother to the infamous Queen. She was the mother figure of the show until she left the soap in 2002.

It seems as if Ivy Nkutha will embody a similar character as she transforms into Gog Flo.

Tina Jaxa, one of the original cast members when the show hit our screens in 1994, used to play the dangerously beautiful Priscilla Mthembu, a character who had grace, poise and just enough bitch in her stride to forever be honoured in the soapie hall of fame.

Perhaps Denise Zimba could be her replacement in the Legacy show as Mary?

But who will be able to steal the spotlight as much as Sophie Ndaba, who has Queen Moroka for years?

Letoya Mangezi seems like the actress who is talented and diverse enough to take on a larger than life role in the new soap.

As for men, remember Karabo’s former fiance Glen Majozi, played by Roderick Jafta, who has since made the move to Afrikaans soap Villa Rosa? As far as suave male leads go perhaps Musa Ngema as Mazwi can woo the Moroka’s?

However the characters fit into the new show, there seems to be true excitement amongst fans.

Long-time fan Ruben Xaba said he missed the intrigue. “There hasn’t really been a soap with the same mixture of trashy and class to compete with Generations. It is funny that they plan to focus on the Moroka family in the new show, because for me the show has always been a shared family experience at my house.”

Raymond Ndaba says he originally hoped Tina Jaxa and Sonia Mbele returned, but will be watching the new show. Boitumelo Motlhabane‏ says, “I can’t wait to see the new generations.”