The minions, since their debut in the Despicable Me franchise, have become a worldwide phenomenon. 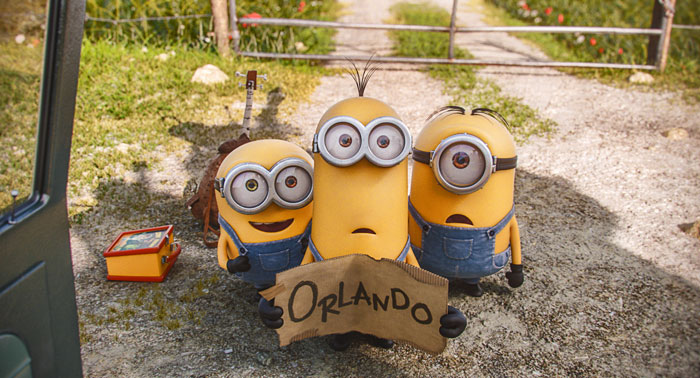 There’s something irresistibly adorable about their tiny pill-shaped bodies, mischievous smiles and semi-comprehensible language. Not only has Pantone named a colour after them, Minion Yellow, but the loveable villain-serving cohorts get to star in their own much-anticipated spin-off film.

Will it live up to all the hype? Oft-times the idea of someone or something is a lot more alluring than the actual thing, and that’s exactly what happens here. The minions are great in small doses, but an entire film about them, not quite.

It’s cute and amusing at times – it’s animation after all – but at the end of the day, it’s a forced narrative that sees them frolicking through history, before their encounter with the infamous Gru. Serving the most despicable of masters, the minions inadvertently destroy anyone they come in contact with, leaving them alone and continually seeking someone to serve.

After an extensive period without a master, they fall into a great depression, prompting Kevin, teenage rebel Stuart and the lovable little Bob to venture out into the world and find a new evil boss for their brethren to follow.

They travel the world, eventually landing in London, where they must escape the evil clutches of Scarlet Overkill, the world’s first-ever female super-villain, who becomes convinced, after a number of mishaps, that the minions are in fact traitors and out to get her. Saved by the young felonious Gru, the minions have found their new potential boss, setting up the plot for Despicable Me.

There’s a sense of majesty placed on villainy which parents may not appreciate, but in the movie makers’ defence, it’s the only way they could tell the story of the minions pre-Despicable Me and Gru, who eventually turns good.

While disappointing in most part, it’s not a complete slog of a film either. The kids will love it and many adults too. It doesn’t tarnish the minions’ reputation either, who will continue to stay dear to our hearts with their consistent bickering and amusing parodies of famous songs.