From the word go the news about this reboot of a group of famous super comic strip heroes wasn't good. 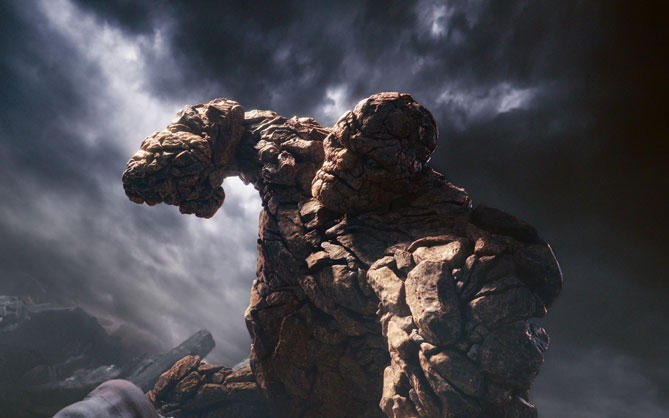 Many film journalists, gossip columnists and even critics had a prematurely negative reaction towards the film and predicted failure. Therefore, as expected, Fantastic Four was thrashed by international critics and Josh Trank, the director, got more violent punches than even Rocky could survive. There were countless rumours of Trank’s bizarre behaviour on set and the fact he apparently wasn’t in complete control of his material and lacked leadership.

Also remember The Fantastic Four isn’t nearly as well-known or beloved as other comic strip characters such as Batman, Superman or Spiderman, and the film’s allure vanishes quicker than electricity during our beloved load shedding or the lame excuses about why we have such frequent power outages. The film is about four young outsiders who travel to the outer regions of our solar system to save the planet from destruction. Their arch enemy is a former friend-turned evil-doer who wants to dominate the universe.

Miles Teller is the unofficial leader of the good guys – a young man who dreamt of teleporting himself to another dimension ever since he was at school. Each of his three comrades has their own individual super powers and they have to battle a vicious creature with powers greater than theirs. Just his burning, cruel eyes could burn a hole into a mountain. And so a fierce Armageddon starts.

So what went wrong? The film lacks style and authenticity. From the start there is a lacklustre atmosphere as if the actors weren’t comfortable with what they were doing. They also seem uninterested in their characters. Add to that the fact some of Hollywood’s finest young talent has been assembled with some impressive special effects and it becomes glaringly obvious a director can make or break a film, no matter how good his team is. His vision is what makes for a successful film and if he loses the plot, the film is doomed.

Teller often looks bewildered as Reed Richards, while the excellent Kate Mara acts as if she’s auditioning for Desdemona in the Royal Shakespeare Company’s latest Shakespeare production. No amount of solid acting or decent special effects can lift the boredom that sets in after the first 15 minutes as one dull adventure follows another, while the climax is about as exciting as waiting for the ever-absent Metro Police to arrive when the traffic lights are out and you are stuck at an intersection.

With the far superior Mission Impossible: Rogue Nation currently making a killing at the box office, this film comes across as even blander and uninspiring. So while one always tries to identify a possible audience for a particular film, this one is a damp squib. Everything you may have read about it is unfortunately true. I wouldn’t waste my money on it.