A bling bling Our Perfect Wedding

In last night’s episode of Our Perfect Wedding, we met Vusi Mbuli and Sphesihle Khumalo, both 29. 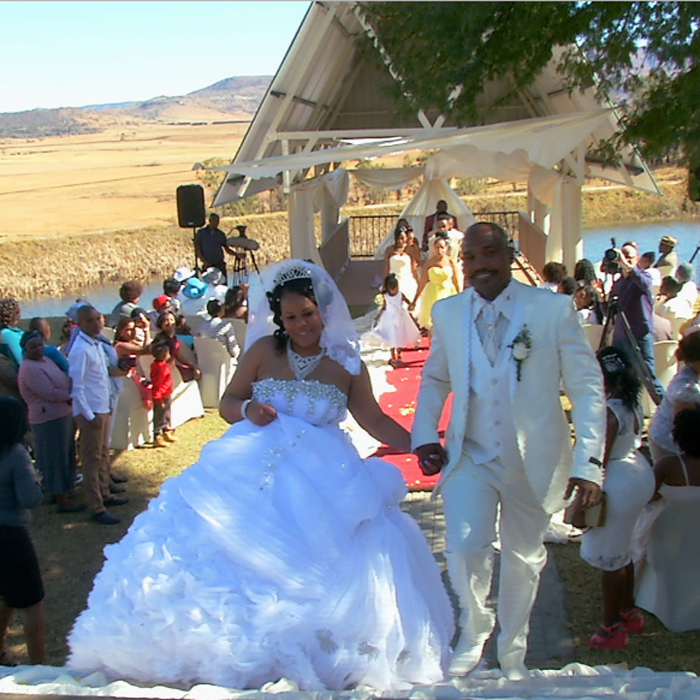 The couple met through a business meeting. While they were discussing business-related matters, Vusi had other matters in mind. He then pursued Sphesihle until the day she finally caved in. She said she saw his wedding ring but it was too simple for her to think it was a wedding ring.

Sphesihle was also in another relationship, to which Vusi objected because he “wasn’t ready to share her with another man”. Huh? But… she was sharing him, still is. Ipeleng’s love triangle is not that Complicated compared to this one.

Moving on to the wedding:

The cake has to be the most decorated I’ve seen so far. The design was beautiful; I would have struggled to cut it. I wonder why they went for only one flavor though, and fruit cocktail for that matter. 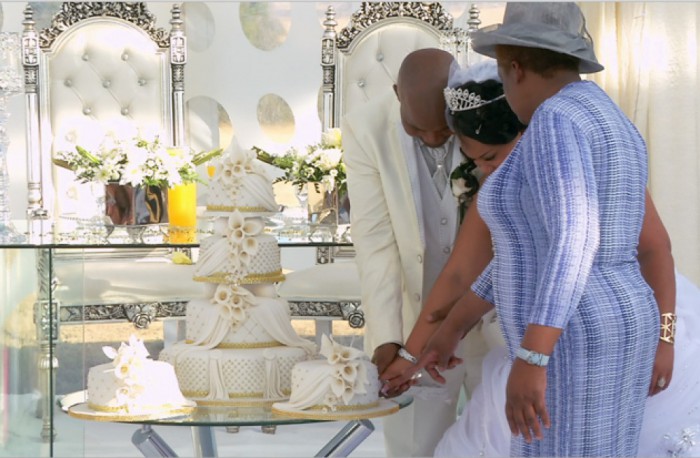 I loved the décor, it also showed how much bling the bride loves. The couple’s chairs were beautiful.

Count the number of times I used the word ‘bling’ in the last two sentences, now you know how much bling there was. Had she been unlucky to have sat next to a broken electricity cable, things would have gone really bad. The maid of honour must be grateful she was born yellow-boned because this yellow bone craze is ridiculous. Even the bride said she was looking for yellow bones only. But, I’m pretty sure some of the bridesmaids were darker than I am, and believe me, I’m not even close to being a yellow bone.

Even in the midst of this yellow bone craze, I actually liked the bridesmaids dresses, they matched with the groomsmen suits – good colour choice. The groom’s suit was not bad as the bride chose it, it had bling too. Was it even ironed? Let’s not even talk about the white shoes, – when will he ever wear them again though? 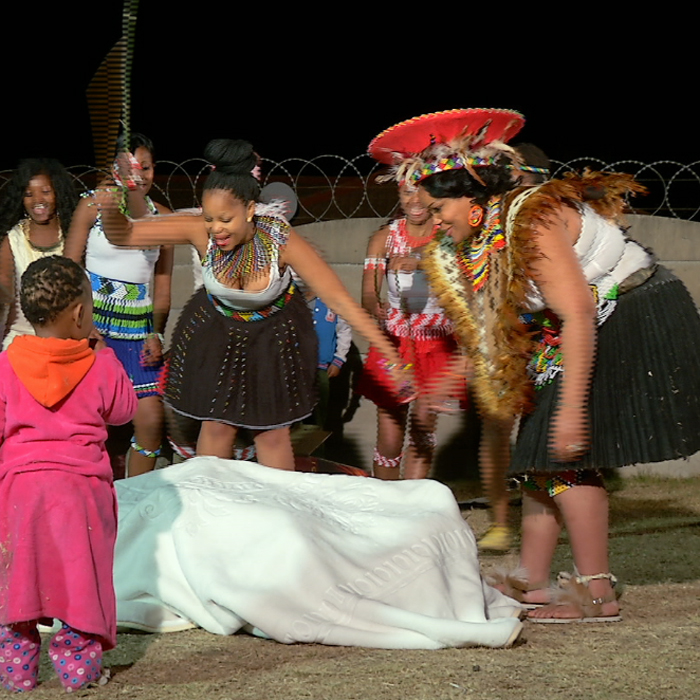 Coming to the speakers, they are really tempting me to write a speech for every speaker at my wedding. These bedroom lessons are getting too much. At least last night’s speakers used metaphors to explain the situation but we still got it.

During the toast and cutting of cake, the speaker said: “Go deeper in the cake, don’t cut the cake like you’re not married, you won’t taste all the flavours”.

The other speaker told Sphesihle how she must prepare the pots in the kitchen, then said: “You know what I mean”.

Well, despite the couple not getting the helicopter and the cars they wanted, it was still a perfect wedding, what did you think?