The age restriction of Straight Outta Compton should already caution potential viewers about the perils of watching it. 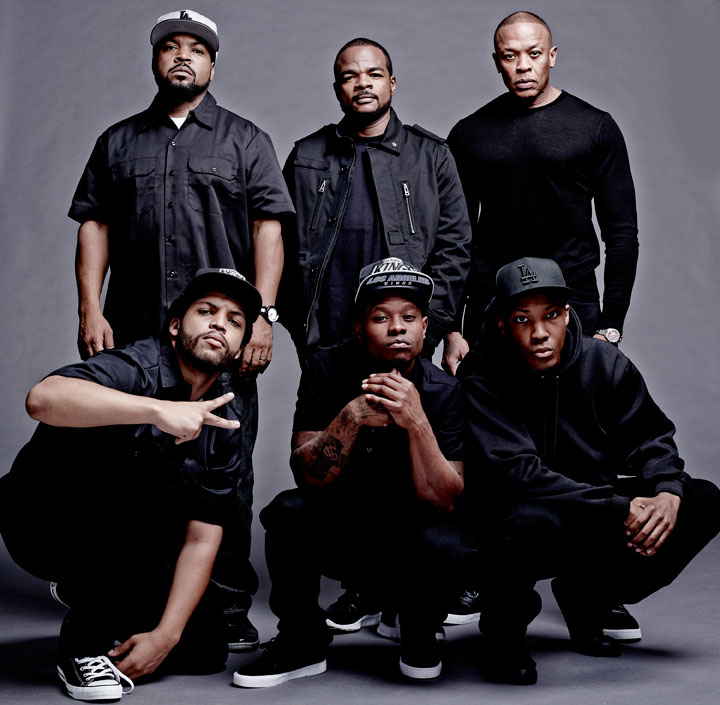 Severe bad language, racial prejudice, drug taking and violence may shock, so be warned: this is a tough and unrelenting 2 hours and 15 minutes in which you are bombarded by the above. Having said that, the film was an unexpected hit in America and may win a few prizes, but it is brutally honest and at times almost unbearable to watch. But remember: a good film often takes you to places you don’t really want to go.

The film traces the controversial and difficult road to fame for the hip-hop group NWA, who caused a sensation in America during the mid-eighties and introduced Eazy-E, Dr Dre and Ice Cube to the world. (The young versions of Dr Dre and Ice Cube are played by Corey Hawkins and Ice Cube’s real-life son, O’Shea Jackson.)

Their lives were characterised by frequent police brutality, street fights, anger in recording studios and racial prejudice. They were apparently often subjected to violence because they were black in a notorious neighbourhood, Compton. Their anger and frustration were portrayed in their hip-hop music with its heated and violent lyrics. So if there is one image that dominates this film it is fists thrown into the air as fans find consolation in their music.

The first part with its break-neck tempo is especially difficult to sit through as it deals harshly with the lives and careers of Ice Cube and Dr Dre as part of NWA. They were described as “the world’s most dangerous group” whose lives and lyrics came straight from the graffiti adorning the walls of several Compton buildings.

As a matter of fact, their style is nothing less than street graffiti of the soul. But they became a sensation under the guidance of their red-hot manager, played flawlessly by Paul Giamatti. Straight Outta Compton is characterised by rhythmic editing, cool sounds and often violent scenes. This is a good but fierce tribute to the eighties and the NWA-sensation. Recommended. But heed the warnings!