This is the direct opposite of any film about inspiring school teachers you might have seen. 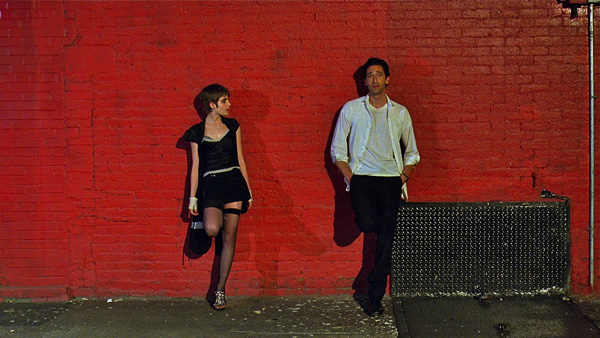 A scene from the movie Detachment

Detachment is as tough as barbed wire and one actually needs anti-depressants to survive it, good as it is. It is one of the bleakest films ever, hence its belated release (it was made in 2011). It haunts and depresses the viewer for hours afterwards.

Detachment examines the impassiveness suffered by a substitute teacher who refuses to get involved in other people’s lives because his own is such a mess. He doesn’t take the easy route to connecting with kids by being a good role model, nor does he believe in emotion. His three week-stint at a troubled school filled with lost souls is interrupted by three women: a suicidal teenager, a sexy teacher and a prostitute.

Tony Kaye, well-known for his detached and clinical style, (remember the disturbing American History X?) here places his main protagonist under a magnifying glass but frequently burns him while subjecting him to harsh analysis. Kaye may reach a conclusion that the teacher is forced to connect to some of his more human emotions, but not enough to endear him to the viewer. Or he may prefer the audience to remain isolated and even aloof from the proceedings.

Be warned: although the acting is of a high standard and the script never tries to please the audience with easy clichés, this is a complicated and gloomy film that addresses emotional issues on many levels with a remote and detached style.