Politics and promiscuity on SABC

In isolated instances, it's still possible to find good television, even on the public broadcaster. 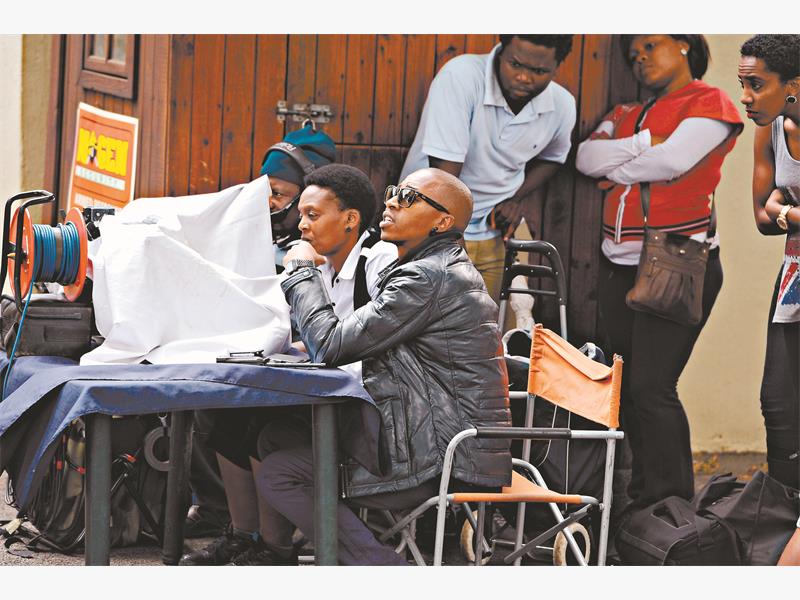 While the SABC’s brief and commissioning modus operandi can often be harmful to creative vision in terms of what the overall offering the company wants to create, some briefs have resulted in some pretty good shows, as is the case with SABC1’s End Game. Created by Thandi Brewer, this is a high end production with a formidable cast and crew.

The SABC has of late asked for shows that tackle the political world and corruption. Some have proved to be entertaining television and other projects with that sort of feel are also in the pipeline. End Game has set the standard very high in the thriller genre. SABC1 viewers are accustomed to dramas, but this political thriller offers something different, and notably not allegedly designed to appeal to the “black” market.

Although he usually plays powerful business-savvy characters, End Game requires Hlomla Dandala to call upon other skills and traits. There is an added dimension beyond the cool veneer in his portrayal of Minister Jet Hlatshwayo. Dandala makes the character well rounded, and makes it look easy. This success is largely thanks to the richness of the show’s characters, created by Brewer and her writing team.

“Telling stories is the way people find meaning in their lives,” she says.

“It re-affirms the daily experiences of people and who they are.”

End Game has been well received so far and has been a bonus not only for SABC1 as a channel, but the local TV industry as a whole. The political thriller theme seems to be a global trend, with shows like House Of Cards and The Fixer enjoying ratings success in the US.

The look of the show makes it appear as if there is a serious and complex shooting regimen behind it, but a chilled atmosphere on location in Norwood belies any urgency. Director Thabang Moleya is not too worried, happy that the production runs like a well-oiled machine. Dandala does not have a speaking part in a particular scene that requires him to go out for a jog, but he remains focused on what kind of demeanour he has to maintain with his facial expression. The street where the crew is shooting is not closed off to the public, so they have to contend with cars driving up and down and getting in their shot.

At lunch, Moleya explains the journey of working on this production and the possibilities that the story allowed from a technical and visual perspective.

“It has been a great experience directing this amazing cast. We have a great technical crew, the producers are supportive and the script is very good. What more can you ask for?” Moleya beams.

“The story allowed us to try and push the boundaries slightly and do something that has a little bit more edge from a technical point of view. I think we achieved some great sequences, and the themes of politics and not being able to trust your wife and so on added something as well. There is a lot of mistrust and mystery and we tried to portray that visually.”

The story is set around Khosi (played by Bubu Mazibuko), a bright, bored housewife to the Minister Of Environment (Dandala’s character). She has uncovered an assassination plot targeting the President, while her troubled teenage daughter is on a chase of her own, and has snuck out of the house to try and seduce her mother’s toyboy lover. Khosi’s strained marriage is pushed to the brink by the murder of her husband’s mistress, and everyone thinks she’s to blame. Not only has she been framed for a high-profile crime, but whoever’s behind it is plotting to make this day even worse for Khosi, and possibly the worst for all of South Africa. Khosi must uncover the plot and expose conspirators deep within the government.

“The story is very relevant to what our country is going through,” says Moleya. “It’s very close to what is happening in our politics. We see what a politcal family would go through.”