‘Peter Pan on Ice’ heads to Montecasino this December Between not really having grand white Christmases in South Africa, or simply the fact that we all want appealing entertainment over holidays – ice shows have become a staple at The Teatro at Montecasino.

From ballets to Hans Christian Andersen tales, the shows transform The Teatro into a new kind of spectacle.

Following a no-ice rink show last year with Matilda, this year the main stage is again set to be transformed when The Imperial Ice Stars return to South Africa. And this year, you get to take a journey to Neverland with Peter Pan in this classic tale of magic and make-believe.

The show aims to retell JM Barrie’s Peter Pan with a new angle.

Join Peter – the boy who never grows up – as he and Tinkerbell whisk Wendy and her brothers from their London home off on a magical journey to Neverland.

Watch as they enjoy adventures with the Lost Boys, Tiger Lily and the Mermaids, encountering the evil Captain Hook, his pirates and a very hungry crocodile.

Set to an original score, the show features innovative choreography with powerful storytelling created by Tony Mercer, widely regarded as the world’s leading creator of theatre on ice.

It’s an eye-popping show that has become standard for the Imperial Ice Stars.

So, what does it take to put on this production of Peter Pan? Here are some backstage facts:

• Forty-four people tour with the show, including performers, technicians and a doctor, with a further 17 people required in each venue.

• Six languages are spoken, with rehearsals and notes given mainly in Russian and the backstage crew speaking mainly English.

• The performers rehearse nine or more hours a day, six days a week, for seven weeks, and they rehearse for three hours each day before the show.

• There have been five weddings and three babies from people who have met while on tour with the Imperial Ice Stars.

• Twenty-five pairs of skates and 50 sets of blades are carried with the troupe on tour. The freight is approximately 25,000kg.

• During a year, flying pieces on stage will move approx 27km during shows.

• Fourteen tonnes of ice are created in the production – the same weight as nearly three elephants. 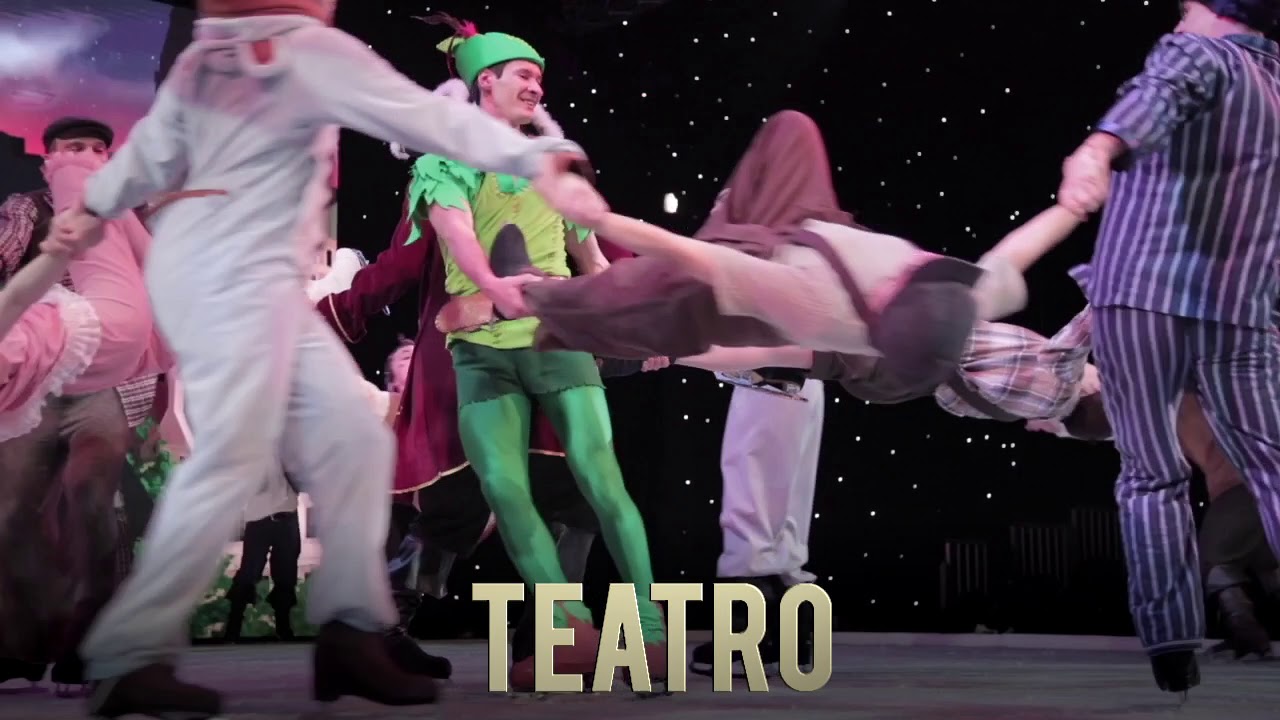 • There are 15km of pipes are underneath the ice rink to distribute the antifreeze.

• The ice reaches temperatures of -15°C, three times colder than your household freezer.

• In a theatre, the ice rink takes over 140 hours to build but only 30 hours to dismantle.

• The show always requests a hot water supply when “dressing” the ice rink because hot water freezes quicker than cold.