A Christmas Carol: Yuletide favourite is back for third time

The classic holiday favourite comes to life, featuring animation and original music that made the show a sell-out. 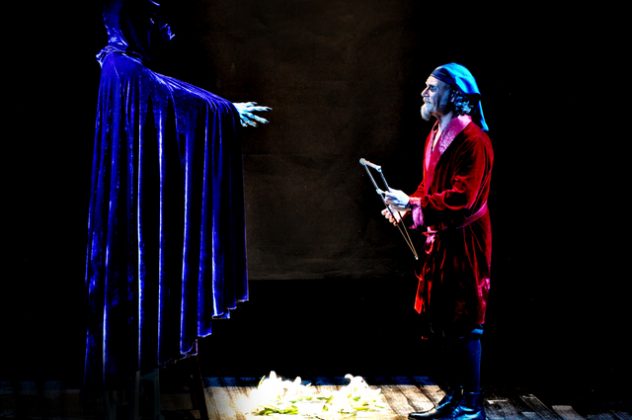 The economy is in a shambles, the budget deficit is odd and every newspaper poster the last few months confirms that South Africans are tightening their belts.

Over the last two years it is estimated that there was a drop of about 15% in South Africans going on holiday. That means quite a large number of people stayed home.

But in 2017, VR Theatrical created their version of A Christmas Carol as a last-minute year-end production, put together when there was space available at the Pieter Toerien Studio Theatre. And little did they know the production would be a hit, with it now returning to the stage for a third time.

One of the reasons this production established itself as a Yuletide favourite is that fewer people go on holiday.

“With the economy and the fact that more people stay at home over the holiday, we really want to give them the opportunity to still experience a good production with something that suits all pockets,” says Jaco van Rensburg from VR Theatrical that put together all three productions.

“Our ticket prices start at R130, which makes it one of the more affordable theatre experiences over December, and it’s been a sold-out production for two years.” The classic holiday favourite comes to life, featuring animation and original music that made the show a sell-out. But that doesn’t mean the latest production is more of the same.

“We have learned there is nothing like a small production,” says Van Rensburg. “You think because it’s only two actors, and since it’s presented in a smaller space that it’s easier to do.

“That’s not the case. The same effort and dedication goes into small and big productions. What we learned is that we need to approach it with the same gusto as we would any other production.”

This year (and a few days in 2020), A Christmas Carol is slicker than ever.

“We streamlined a lot of dialogue so nothing is repeated. We also really focused on the element of storytelling to move the plot forward.

“We also made a big shift in the music – what moments need to be captured in music and what needs to be underscored; essentially what emotional elements can be heightened, by, for example adding a drum,” says Van Rensburg. “In the new production, I think telling the story is much clearer than it was two years ago. “We also added a number of new animation sequences.

“I don’t want to say the production using animation is completely modern, but it is a new look at this production and with the story. We use projections, so some of the spirits interact with the actors. Those have been fleshed out.”

A Christmas Carol is a classic, and its new coat seems to bring in a new set of people – a December audience in Joburg who might not have been here a few years ago.

“It seems like every year there is a new generation of people that realise the production is on, or bringing their families to experience it with them,” says Van Rensburg.

“For us it’s wonderful to see there’s a total range of people in the audience, and everyone having this shared experience.”

All in all, A Christmas Carol is that perfect combination of a play that warms your heart. A Christmas Carol is on at the Studio Theatre at Montecasino from December 5 to
January 5.

Performances are Wednesdays to Fridays at 7.30pm, Saturdays at 4pm and 4.30pm and Sundays at 3pm.

There’s special holiday performances on December 16 at 3pm, December 24 at 6pm and December 31 at 6pm.