This sheds light on how members of the Nigerian and the African literary community in the diaspora speak back to homophobia. And how they explore the everyday fears, desires, pleasures, and anxieties of those who experience same-sex attraction or do not identify with a specific gender. 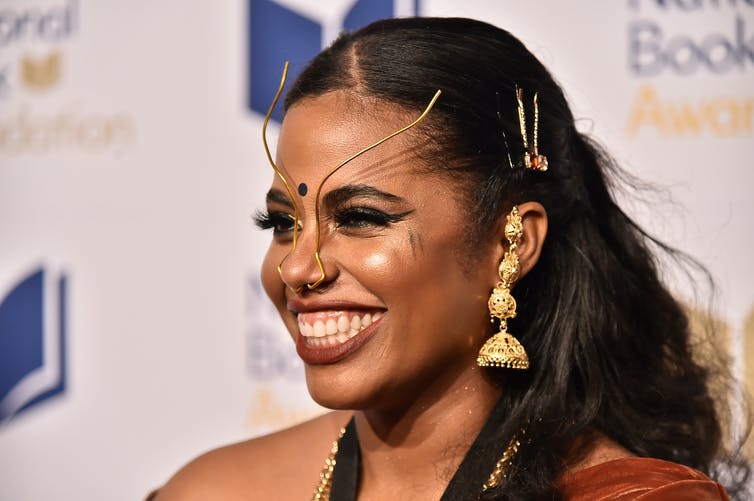 Queering the Black Atlantic: Transgender Spaces in Akwaeke Emezi’s Freshwater is a paper by Rocío Cobo-Piñero. It considers Emezi’s award-winning semi-autobiographical novel about Ada, who is an ogbanje, a spirit born in a human body.

It uses the novel to suggest ways in which emerging African queer literature could disrupt traditional, heterosexist readings of the world. The paper specifically addresses Paul Gilroy’s 1993 text The Black Atlantic: Modernity and Double Consciousness.

Aretha Phiri: Where queer bodies in Africa continue to be violently oppressed, what are the implications of a book like Akwaeke Emezi’s Freshwater?

Rocío Cobo-Piñero: African literature has witnessed a growth of memoir and fiction that deals with queer sexualities. For example, Chris Abani’s GraceLand in 2004, Chinelo Okparanta’s Under the Udala Trees in 2015, and Freshwater in 2018.

The three are coming-of-age novels with queer protagonists: Abani chronicles the life of Elvis Oke in a slum of Lagos during the 1970s. Okparanta narrates the story of a young lesbian girl during the Nigerian civil war. And Emezi explores the separate selves of a transgender adolescent in contemporary Nigeria and as a migrant abroad.

It is interesting and contradictory that these authors come from Nigeria, the country with some of the most draconian laws against homosexuality on the continent, as well as some of its most noted literary voices. When the anti-gay bill was passed in Nigeria in 2014, Chimamanda Ngozi Adichie used her fame to speak out, calling it unjust and undemocratic.

This sheds light on how members of the Nigerian and the African literary community in the diaspora speak back to homophobia. And how they explore the everyday fears, desires, pleasures, and anxieties of those who experience same-sex attraction or do not identify with a specific gender.

Aretha Phiri: You argued that Freshwater advances a ‘different centre’ which generates new African ways of knowing. But some of the Nigerian academics at the colloquium took angst at your queer reading of tribal spiritual cultures and cosmologies.

Rocío Cobo-Piñero: To begin with, it is rare that trans Africans get to write their own story. Emezi not only tells the story of their transition in the novel and an autobiographical essay, but also forces readers to consider that there is another dimension to the contemporary understanding of gender. African spirituality and gender identities were perceived to be more fluid before colonialism.

To some extent, I understood the negative reaction to Emezi’s bold reflections on pre-colonial spiritual beliefs. Take the ogbanje, found in the Yoruba, Igbo and Urhobo pre-colonial cultures. Emezi uses anthropologist Misty Bastian’s idea that to be ogbanje is to be categorised as ‘other’ in terms of gender. This idea transcends Western binary categories. Ogbanje children could fall under a third gender category, of ‘human-looking spirit’. Emezi embraces this ‘otherness’, neither male nor female, through the ogbanje protagonist of the novel. The poetic account of Ada’s gender transition, through the voices of spirits, offers a new vision of transgender spirituality through an African lens.

Aretha Phiri: Could you explain the significance of queer literature within (contemporary) African scholarship?

Rocío Cobo-Piñero: The recent presence of queer desires and bodies – lesbian, gay, intersex, transgender, or indeterminate – has gained new visibility in the political discourse of African democracies. There are numerous publications attesting to the growth of these studies. Queer African studies can be seen as a space in which, as activist and professor Jacqui Alexander puts it the contours of cultural and sexual identities become questioned and blurred.

Queer representations in African film also comprise a kind of restorative project for long-silenced realities, like Under the Rainbow, Rafiki, The Wound, The Pearl of Africa and Difficult Love.

Aretha Phiri: You make a rather bold claim, based on critical scholarship, that the Black Atlantic ‘was always queer’. And you reference Omise’eke Natasha Tinsley, the academic and author of, among other books, Beyoncé in Formation: Remixing Black Feminism, to support your argument. Could you elaborate?

Rocío Cobo-Piñero: Tinsley’s provocative assertion is that the Black Atlantic has always been ‘the queer Atlantic’. She contends that Gilroy never told us in his ground-breaking The Black Atlantic how queer relationships were forged within the sex-segregated holds of slave ships. Or how captured people formed affective bonds.

These bonds, she argues, were queer, not only in the sense of same-sex loving identity. They asserted humanity by challenging the slave trade’s logic of human bodies as capital accumulation. Queerness is instrumental and becomes politicised, a practice of resistance.

Aretha Phiri: As a scholar located in the global south – Spain – how do you see the future of queer studies developing?

Rocío Cobo-Piñero: This is a difficult question. I predict that queer studies within global Black Atlantic and diaspora scholarship will become more diverse and situated, in line with new challenges. An example is the young South African scholar Camminga B’s 2019 study Transgender Refugees and the Imagined South Africa. It documents the journeys of people fleeing persecution, violence, and discrimination based on their gender identity. If we take into account the dangerous rise of far right and extremist political thinking, the need to promote tolerance is more acute than ever.