'Who was she? And what did she do? She was herself and she did it all,' said Mngoma after the BET announcement. 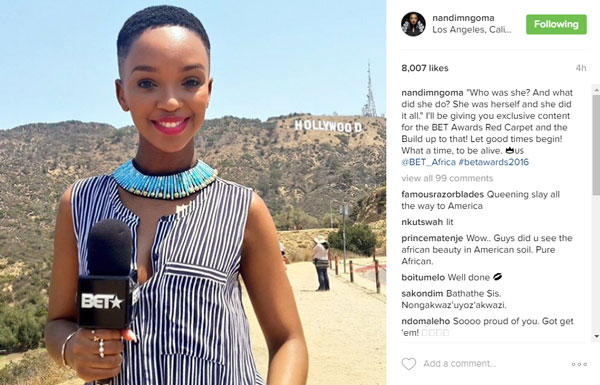 Don’t we all wish to be Nandi Mngoma right now? The lovely Miss Mngoma took to Instagram to share with fans that she will be hosting the red carpet and BET experience leading up to the awards for BET Africa.

While we will be watching all the action on TV, Mngoma will be right there where the action is, interviewing all the A-list celebrities on the BET red carpet.

The model and songstress posted a picture of herself on Instagram on Monday telling fans she was on her way to Los Angeles. Well, she has arrived and seems to be having fun, judging from the pictures and videos she has been posting on Instagram. If your plan is to make us jealous, you have succeeded Miss Mngoma, or should we say Mrs Madida?

Our local celebs are really doing a good job representing their country and continent. On Tuesday, it was announced our most-loved music duo and 2014 BET Awards Best International Act: Africa nominees Mafikizolo’s work will be on display at the Grammy Museum on Friday. The Grammy Museum and BET are to unveil the brand new exhibit, Sounds of Africa, that showcases and celebrates the unique diversity of African music, spotlighting winners and nominees of both the Grammy Awards and the BET Awards.

Joining Mafikizolo and Mngoma is Emtee, who has been nominated in the Viewers’ Choice Best New International Act category, going up against Tkay from Australia, MHD from France, Falz from Nigeria, Section Boyz from South London and WSTRN from West London.

DJ Black Coffee, who swept four Sama awards for Best Dance Album, Best Engineered Album and Album of the Year for Pieces Of Me, as well as the International Achievement Award, has also been nominated alongside Kiernan “AKA” Forbes and Cassper Nyovest in the BET Awards’ Best International Act: Africa Awards category.

Good luck to our celebs, we’re only hoping for the best. 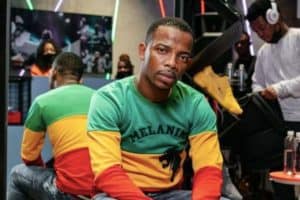 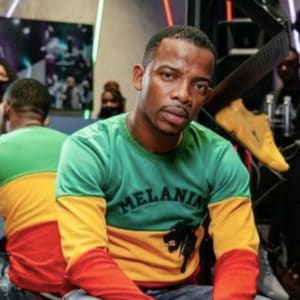 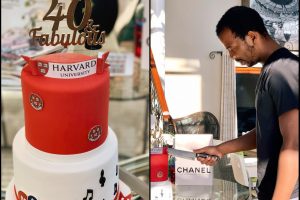