Pearl Thusi gives the scoop on her role in Quantico

Thusi plays Dayana Mampasi, a Harvard lawyer who is training to become a CSI secret agent opposite Priyanka Chopra who plays Alex Parrish. 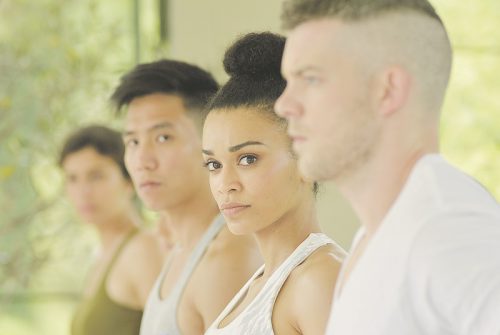 QUANTICO - "Lipstick" - The new CIA recruits begin running counter-surveillance exercises at The Farm while Alex and Ryan navigate their new relationship with each other. In the future, Ryan and Raina try to disrupt the terrorists' plan to blend in with hostages while trust becomes a deadly weapon, as not everyone is who they seem to be, on "Quantico," airing SUNDAY, OCTOBER 2 (10:00-11:00 p.m. EDT), on the ABC Television Network. (ABC/Jonathan Wenk) PEARL THUSI

KwaZulu-Natal born and bred TV personality, mother and now leading supporting actress in the international ABC network TV series Quantico, Pearl Thusi, celebrates a year on the American espionage drama series. On her season break back in South Africa, Thusi shares her fondest moments about the move to New York, as well as her future plans.

She plays Dayana Mampasi, a Harvard lawyer who is training to become a CSI secret agent opposite Priyanka Chopra who plays Alex Parrish.
Thusi has made it her mantra to represent the best of what Africa as a continent has to offer.

Q and A with actress who made it big time

Dayana is a girl with a confused history, she doesn‘t want to acknowledge her past, and chooses to shove everything about growing up aside and rather focuses on her future. She was adopted and moved to the States but there are traces of lies which Ryan soon catches her out on, based on her accent. She is very confrontational and defensive; but later in the season you see her slowly open up.

2.How do you prepare for this role?

3.Describe a typical day on the Quantico set?

Some days my call time is as early as 5am and others I only get picked up at 1pm. We have anything between 12 to 14 hours on set, and sometimes I am there throughout, depending on the location of the scene, as well as camera angles. Before we shoot any scene we need to rehearse and the director then sees which camera shot he would like. Bear in mind that these cameras are moved around meaning we sometimes have to repeat the same scene a few times . The classroom scenes we are not fond of as all you do is sit and watch Blair Underwood – I don’t mind because I get to stare at this handsome, talented man. Which girl wouldn’t want that?

4.How would you describe your relationship with cast member Russell Tovey, who plays Harry Doyle?

We have become very close, I am obsessed with him. We are like the off-screen entertainers; if I am not trying to teach Priyanka new African dance moves for her Bollywood movies, I am with Russell laughing at something. Russell and I are kindred spirits, we love dancing, karaoke and gossiping.

5.How important is it to you that Africans play themselves and tell their own stories?

It is very important, if you look at movies like Kalushi, which allow Africans to tell their own stories and are given a big budget. When there is no budget then we are called, which is unfair and disrespectful. If the movie is going to be international then give us characters which are meaty and important. In terms of Quantico, the people behind it are interested in the global community and what it represents to America. They wanted a story which is authentic.

6.What has the series exposed you to?

First, just being in New York is a privilege. It literally is a melting pot of people and culture. In a day I experience so many diverse cultures and languages just through taking a taxi. You could be in Lagos, Barbados, Cuba, Bangladesh and Pakistan. So I take home a very open-minded experience and objective view of the world – especially given the times we live in both in America and the world.

7.What is next for you and Dayana?

Viewers can look forward to seeing her open up and actually accomplishing her dream of becoming part of the CIA. You get to see a slightly more confident Dayana. But with regards to Pearl, I will once again quote Sizwe Dlomo by saying ‘the game is to be sold and not to be told’.
And you know Lip Sync Battle season 2 is coming out soon, Kalushi is on circuit and Catching Feelings is coming out soon. It’s a movie I shot with Kagiso Lediga, directed by Akin Omotoso. But I am committed to making not only my child and family proud, but to represent the best of my country and the continent in everything I
do. 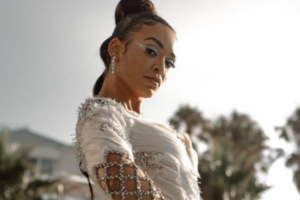 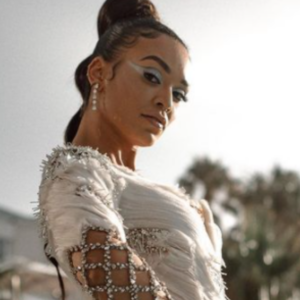 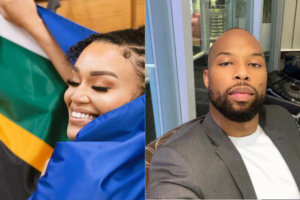