Beyonce shows off her adorable twins

Queen B has finally revealed her twin son and daughter to the world. 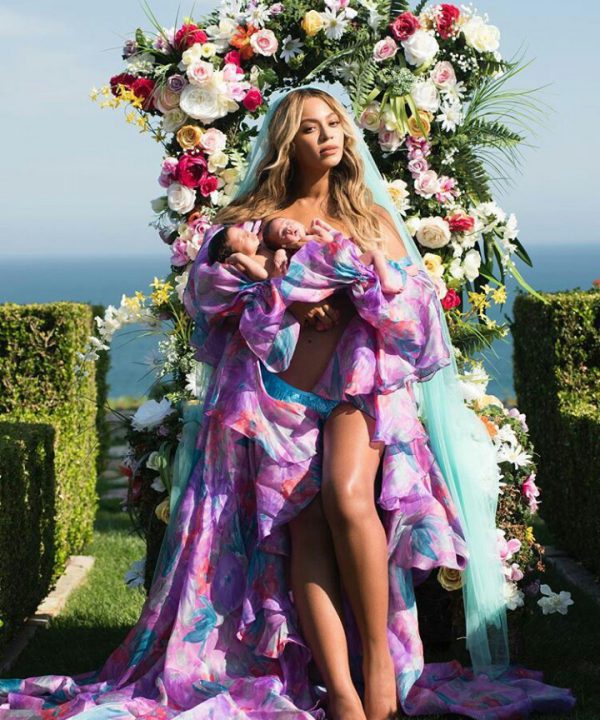 Beyonce took to Instagram to reveal her one month old twins. Her son is named Sir Carter and her daughter is named Rumi.

Looking stunning in a floral outfit, Beyonce has managed to keep images of her children from leaking online or elsewhere.

She and husband Jay-Z are parents to a five-year old Blue Ivy and recently revealed that they were fighting for their marriage in the past two years.

In his album 4:44, Jay Z said Beyonce wanted to leave him after finding out about his infidelities but he begged her to stay while they were on vacation.

The couple have both come clean on their struggle to stay together with Beyonce’s lyrics on her Lemonade album calling out ‘a Becky with the good hair’ another term for Jay-Z’s mistress.

Queen B also sang about reconciliation and rebuilding her marriage after the infamous incident where her sister Solange attacked Jay-Z in a lift apparently for cheating almost three years ago.

They have since become closer than ever, expanding their family with the birth of their twins.