There is more to Trevor Gumbi than meets the eye. As the doyen of crass sexual jokes on the stand-up comedy stage, Gumbi has immersed himself in numerous behind-the-scenes work which illustrate his range and creative ability. 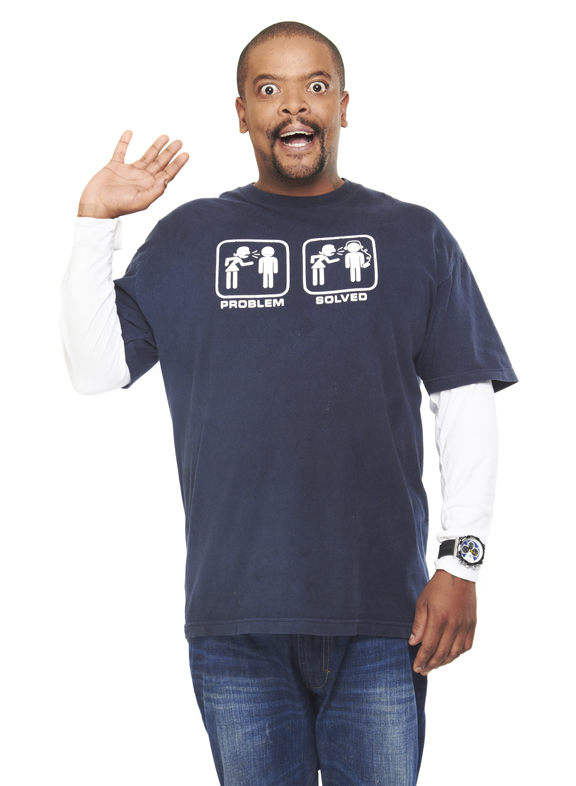 For instance, Gumbi hosted Mzansi Magic’s Headline, of which he was head writer, and voice-over artist. His writing credits also include the sitcom Se’sTopla and uVelaphi. In front of the screen Gumbi has featured in John Barker’s 31 Million Reasons – and his appearance on the acclaimed Mzansi Magic drama Rockville has seen viewers begin to look at him as more than a funny man, but also an actor.

Comedians have this knack of moving from the stand-up stage to acting more easily, than say, musicians. State side, many who started their careers in stand-up comedy have successfully moved to drama and some have even won Oscars like Jamie Foxx for their acting ability. Closer to home, comedian Celeste Ntuli surprised many with her dramatic abilities on Isibaya, which led to numerous nominations.

“Its all part and parcel of being an entertainer,” Gumbi says, explaining his transition from stand-up comedian to actor.

Gumbi will feature in new sitcom Vat ‘n Sit, which will also prove to be another avenue where he will showcase his acting chops. Gumbi plays Thomas Gumbi, a humble man hailing from a township in Newcastle, who is in love with Mpho, the only daughter of the Ledwabas, a royal, wealthy family. 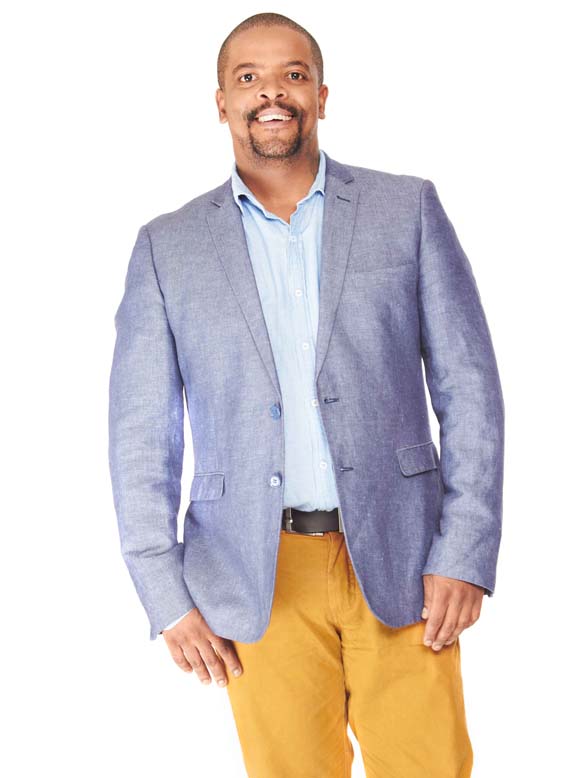 Thomas would love nothing more than to marry the love of his life, but her family has rejected his lobola. Armed with big dreams, baking talent and a true heart – but no business knowledge – he has plans to become a successful entrepreneur and a powerful man.

He has identified the gap in the market that he will service through his cake baking business: weddings, funerals and parties. This, he believes, will see him being the wealthy entrepreneur that will win Mpho’s family’s respect and acceptance.

“This is the best work I have done in the past six months,” Gumbi says. “It is an interesting storyline; unlike anything I have done before.”

On Rockville, Gumbi plays a gay man – a great departure from the brash masculine comedian people see on stage. Gumbi is exceptional in the role with subtle hints of comedy and measured dramatic performance. Alongside a strong cast, Gumbi fits right in. That he plays a gay character is secondary in the story, which is a deliberate choice on Gumbi’s part.

“My role in Rockville is very far from my own personality – yet it is very close to me,” Gumbi explains. “I have friends that are gay and I wanted to do justice to them in this role.”