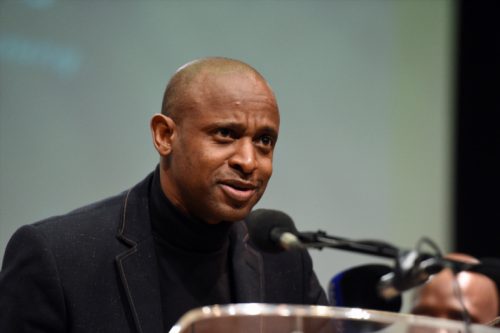 Kwaito king Arthur Mafokate has been accused of stealing a guesthouse, Villa Rosa, in Midrand, that he recently purchased. Dealings on the website of the newly acquired property has resulted in him being embroiled in a racist argument with two businesspeople.

Mafokate was allegedly called a “racist  b***ard” by website designer Quintin Meyers, and a “fool” by a woman called Vanessa after she accused him of saying she was a “white lady who treated him with disrespect because he is black”.

The dispute began when Vanessa saw Mafokate at the guesthouse and attacked him, reported The Sunday World.

“She hurled racist insults at me, and even chased me out of the guesthouse, and claimed she didn’t know that it was sold to me [by her husband] even though I told her I bought it,” he said.

Vanessa allegedly went on to accuse Mafokate in front of his staff of stealing her property by saying: “You black people stole my house.”

The musician says he remained calm throughout the attack, but the ordeal did not end there. Mafokate asked Vanessa to give him the website for the guesthouse since he was the new owner, yet she allegedly refused to do so.

“She told me I should buy it from her. I bought it from her, and when I asked her to hand it over to me, she told me that I should pay another [amount of] money to upload content, which I found to be extremely unfair,” he lamented.

The 999 Music boss told Vanessa he was not going to pay more money unless she thought he was a fool, to which she responded: “Clearly you are.” It was at this point that he said she was disrespecting black people.

Meyers also attacked Mafokate through WhatsApp messages that accused him of “pulling the f***ing race card”. Meyers threatened to delete all files on Villa Rosa because he did not “deal with racist b***ards”.

Vanessa spoke out against the allegations and claimed Mafokate played the race card by sending an email that criticised Vanessa for being “a white woman who is ill-treating a poor black man”.

Mafokate has since forgiven the two businesspeople.