Details: Celebrities who have been busted for lying

Lying will never, ever, get you anywhere. Just when you think you’ve got away with a fib, the truth will catch up with you and if you’re a well-known figure, it can leave you feeling very publicly embarrassed.

Just ask some of these celebrities who were busted for lying at least once.

You get lies, and then you get entirely faked magazine covers. DJ Sbu was guilty of both when he lied about having been on the cover of Forbes magazine.

DJ SBU is just too poor to be on Forbes magazine’s cover. #Photoshopping. pic.twitter.com/vhF6BjOZl6

Tbo Touch had the nerve to stand in front of the country and lie through his teeth when he claimed to own an E-Tag, and encouraged us to do the same.

Bontle Modiselle and her rapper boyfriend, Priddy Ugly, lied to us all when they pretended to be engaged. It was all for a music video shoot.

When Clint Brink was still a struggling actor, he lied about having an agent in order to land a gig. The rest is history.

Bucie was exposed for lying, about a mansion she allegedly owned, on a television episode of Something’s Cooking. The owner revealed the truth to newspapers.

In a similar scenario, Cassper Nyovest lied about buying his parents a home way back when. As it turned out, the house was bought 10 years prior. AKA felt no shame after lying to our faces about the supposed end of his relationship with Bonang. The two used it as a publicity stunt to promote his song. 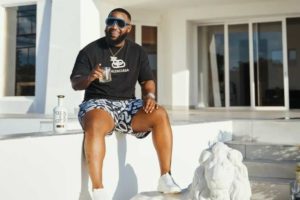 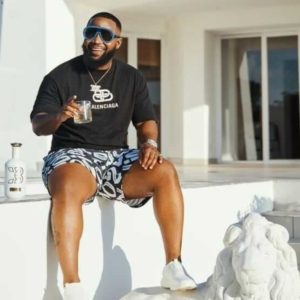