AKA says he is heartbroken after Bonang breakup

AKA admits he is still hurting from his recent breakup with Bonang. 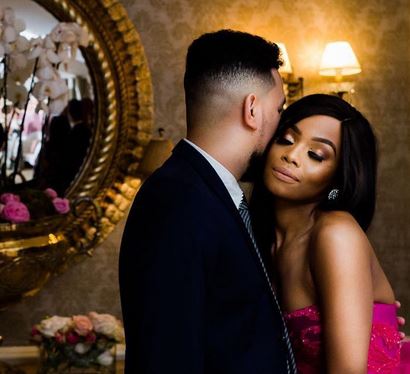 Despite AKA and Bonang Matheba going their separate ways and wishing each other well, the rapper is still heartbroken over their breakup.

The power couple apparently called it quits on their on-off relationship as AKA took to Twitter last week on Friday, December 29, to announce his breakup with his girlfriend of two years, Bonang.

It appears as if the decision to end the relationship was mutual, but AKA is evidently heartbroken by the breakup.

A Twitter user tweeted AKA saying he hoped he was not hurting. The rapper admitted he was still heartbroken, but reiterated he needed to move on from the relationship. 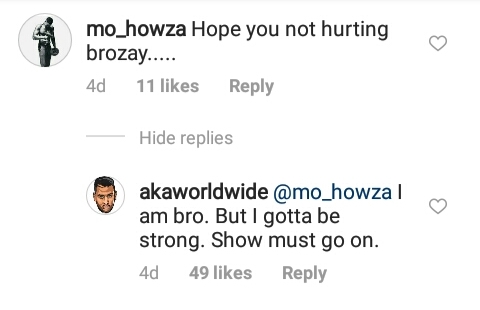 Many people have criticised the situation as another publicity stunt, especially since this is not the first time the couple have fallen out.

Earlier this year AKA tweeted that his relationship with Bonang was over, but later admitted that it was all a publicity stunt.

He subsequently apologised to Bonang with an expensive luxury item – a R60 000 Gucci bag.

The celebrity couple were also embroiled in a cheating scandal after a Sunday tabloid reported that AKA was cheating on Bonang with Nicole Nyaba, a local socialite. He denied the report, the reason for their recent breakup is still unknown.

AKA takes to Twitter to announce break-up with Bonang