Not even a pandemic could keep love from blooming for 'Boer Soek ’n Vrou'’s PF and Chantelle, who got engaged this past weekend. 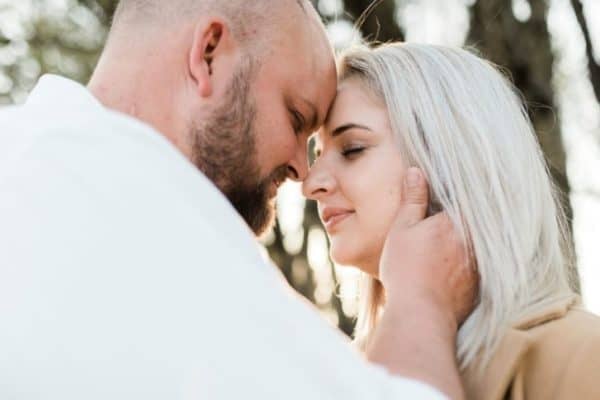 Farmer, PF Theron who took part in the 13th season of Boer Soek ’n Vrou last year is still on cloud nine, after asking his Chantelle to marry him on Saturday evening.

Chantelle Pretorius, who had been teaching in China, was visiting her family in South Africa when lockdown struck.

As she was unable to return to China due to the strict Covid-19 regulations, she wrote a letter to Boer Soek ’n Vrou’s farmer, PF Theron, not realising that it might just lead to her happy-ever-after.

“She wrote a beautiful letter,” says PF, “and I instantly realised that she is a family person and someone with values.”

PF didn’t receive enough letters to continue with the Boer Soek ’n Vrou series, but he certainly received the right letter and soon phoned Chantelle up, asking if he could visit her on her family’s farm in Barkly East (which was an 800km drive for him).

It didn’t take much convincing and he soon visited the former Miss Deaf South Africa (2017) for a weekend on her parents’ farm, meeting her and her whole family.

“The rest is history,” his story goes. He asked her to be his girlfriend a month later.

The Boer Soek ‘n Vrou farmer laughs as he tells the story of their engagement.

As they were driving towards Chantelle’s family farm for a so-called photoshoot, he was deliberately driving slow to give himself some more time to prepare his speech.

Amidst his constant worry about the official question and the right words in the right moment, they came across one of Chantelle’s cousins beside the road, whose car had broken down.

The problem was that she was supposed to be busy preparing the engagement spot and for a moment, PF felt anxious.

Luckily, Chantelle’s other cousin was able to go ahead and finish everything in time.

“She didn’t expect anything.”

When he eventually went down on one knee, she turned away all teary-eyed at first. When he succeeded in turning her toward him again and asked her to marry him, she was dumbstruck and she kept quiet for at least ten seconds, forcing him to remind her that she was supposed to give him a ‘yes’ or ‘no’ answer.

The Boer Soek ‘n Vrou couple has no fixed dates or plans for their wedding day yet, and PF says that for now, they are just indulging in the excitement that comes with being engaged.

“We will start planning in a month or so,” he says, but we can’t help but wonder what Chantelle will have to say about that…