Champion Delpech holds all the aces

In form jockey could feature in six races. 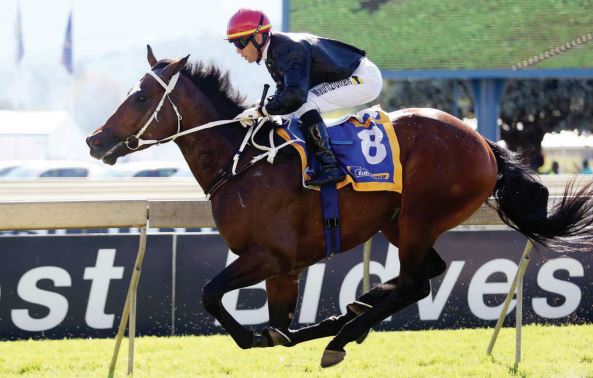 FITTER NOW. Monks Hood has his second run after a rest and looks the one they have to beat in Race 7 at Greyville on Sunday.

After participating in just two races at the Greyville Polytrack last Sunday and then being stood down by the medical officer due to dehydration, champion jockey Anthony Delpech looks set to repay his legion of followers this Sunday at the same venue where he will be aboard many bright prospects on the eight-race card.

Delpech targets victory aboard Alistair Gordon-trained Monks Hood in Race 7, a Pinnacle Stakes over 1200m. This son of Querari had Delpech up on debut when a resounding 7.5-length maiden winner over 1200m at Scottsville, which the combination followed up with a creditable third in a minor feature over 1400m at Greyville.

The colt’s next mission was the Premiers Champion Stakes (Grade 1) over 1600m at Greyville where he had the worst of the draw and finished a gallant close fourth. Subsequently gelded and rested for two months, he started his three-year-old season with an encouraging run when ridden by a claiming apprentice and finishing a 1.25-length third in a 1200m Graduation Plate at the Polytrack, and that despite being hampered twice in the running.

The gelding will be fitter this time and reunited with Delpech, plus having the best of the draw will be tough to beat. The combination will, however, have to be on guard against Duncan Howell-trained filly Lunar Rush with Warren Kennedy up. Delpech was aboard in her last two runs when a gutsy close winner in a 1200m Pinnacle contest at Scottsville and then not disgraced next time when fourth in a 1000m MR 94 Handicap at the Greyville Polytrack.

Best of the others are Amazon King, Scent Of The Tiger and Kingston Boy. Other mounts of Delpech who could prove to be worth following are Captains Moll (Race 2), Zinzara (Race 4), Perfect Jay (Race 5), Roy Had Enough (Race 6) and World Dreamer in Race 8.