Dreaming Time can get another win on the board for James

Tate steps her back up to 1600m here and while she has another 1kg to contend with, Dreaming Time can put up a good show. She looks worthy of a TAB Win bet. 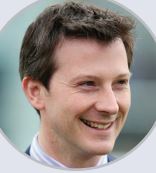 London – Dreaming Time seems to have found her groove on the all-weather and she can keep up the good work by making it a hat-trick in the Bet totetrifecta At betfred.com Handicap at Chelmsford.

The three-year-old won only one of her three starts for initial trainer Hugo Palmer.But a change of scenery appears to have had the desired effect as she has now triumphed in two of her four starts for James Tate. Admittedly it looked slow going on her first two outings, but the change back to artificial surfaces last month has seemingly worked the oracle.

Dreaming Time struck gold at Lingfield at the beginning of October before adding a Wolverhampton triumph to her record three weeks later. She defied a 2kg hike on that second occasion when finding generously under pressure to win by a short head, with the switch back from 1600m perhaps not totally in her favour.

Tate steps her back up to 1600m here and while she has another 1kg to contend with, Dreaming Time can put up a good show. She looks worthy of a TAB Win bet. Final Treat can gain that allimportant first success in the Bet toteexacta At betfred.com Fillies’ Novice Stakes. As an Acclamation half-sister to Finsceal Beo and Frozen Power, Final Treat will  enhance her paddock credentials if she can get her head in front on the track.

She has hit the crossbar on her first couple of starts but the experiences should not be lost on her and this looks a nice opportunity to add a victory to her tally. She’s Royal can make it fourthtime lucky in the 32Red Casino Novice Auction Stakes at Southwell.

Bryan Smart’s runner is clearly nothing special but she has shown some ability in her three starts to date. At Ludlow Black Sam Bella can enjoy her moment in the spotlight in the Racing UK HD Introductory Hurdle. – Press Association