Look to Crazy Vision for value at the Vaal 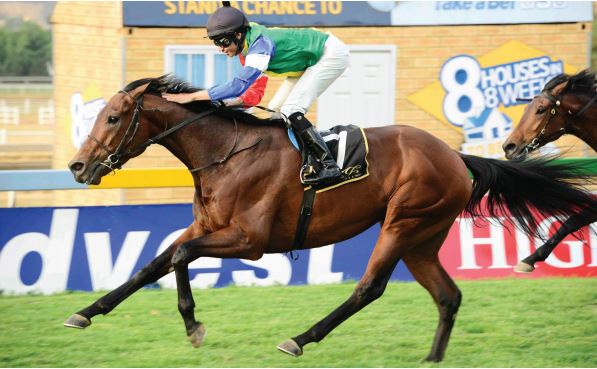 VALUE. Crazy Vision rarely runs a bad race and could prove to be a good value bet in Race 8, a MR 72 Handicap at the Vaal Classic track tomorrow.

Crazy Vision rarely runs a bad race and this Alec Laird-trained fouryear-old could be a nice value bet when he runs over 1700m on the Vaal Classic track tomorrow.

He has won two of his 13 career starts, the latest in his penultimate outing, when beating Diamond Dancer by 1.60 lengths in a Novice Handicap over 1600m on the Inside track at Turffontein. The runner-up won next time out before finishing downfield in the Victory Moon Stakes. Crazy Vision seemed to not stay 2000m in his most recent run, when fading from 1.70 lengths off the pace to finish 3.90 lengths behind Champions Cup in sixth place.

Yer-Maan was a long head in front of Crazy Vision in fifth but should not confirm the form over this shorter distance. Post Grad looks likely to start favourite in his debut for the Stuart Pettigrew stable. He notched up his fifth career win over 1700m on the Inside track at this racecourse in August, beating Jackman (won two starts later) by 1.40 lengths. Post Grad has drawn wide at No 12. Trip To Paradise is another horse who should be right there when the camera flashes.

This Coenie de Beer-trained gelding was out of action from January until October and has run two good races since, last time out finishing a length third behind Sleepinseattle over 1500m at this track.

Best bet on the programme is Mike de Kock-trained Royal Crusade in Race 6 over 1500m. This Silvano colt ran a good third behind Aurora Australis in his debut over 1400m at Turffontein in March and only reappeared again in May, when he trounced a good field of maidens over 1600m at Scottsville.

He has been rested again but looks well above average and should have little trouble disposing of this field. He is a banker in all exotic bets. Silvan Saint could be second best with Ekuseni and Sleepinseattle completing the frame.