Form run from Edict of Nantes

Rain could have impact on fitness of Vaal runners. 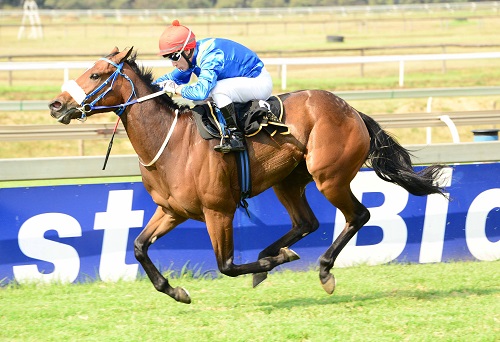 Last weekend I was in Cape Town where I rode Edict Of Nantes in the Green Point Stakes.  Although we would have liked to have won, we did finish second to Legal Eagle who was hard to beat at the weights. With Captain America just 0.50 lengths behind us as was the case last time, Edict Of Nantes ran to form.

Legal Eagle did well enough to win but in my view he ran slightly below his best form and therefore it will be difficult to beat him in the L’Ormarins Queen’s Plate when we meet again. Maybe in the Sun Met things could be different but that race is run at weight for age which means Legal Eagle will be at an advantage once again. That’s still far away and obviously the horses need to stay sound and healthy through this period.

We also witnessed a very impressive winner of the Fillies Guineas in Snowdance and she is probably the most impressive three-year-old we’ve seen for a while. To me she looks like she is still improving and is still on the up so I can just imagine how good she will be in a few months’ time.

I’m back in Cape Town next Saturday to ride Wonderwall in the Forus Cape Guineas. More about the specifics of that race next week but we wish Cape Town could get some of the rain we have had up in Joburg. However, from the racing point of view the rain is affecting some of the results on the Highveld as some horses do handle soft going and others don’t. The fact they are leaving the grass quite thick and long means your horse needs to be super fit so therefore those who have been running regularly will have an advantage as sometimes the tracks are waterlogged and trainers are unable to give the horses the necessary work each morning.

Some trainers have treadmills and others swim their horses, which could give them an advantage.

Today we are back on the Vaal Classic track and even though it has a long straight there are certain races where you have to take draws into account as you start on the bend,

In Race 1 my first choice is Amajory because she has so much in her favour this time around. My suggestion to the trainer was to race her over 1000m as she is extremely fast. Last time out she actually bolted with me in the early part of the race and I battled to go the pace I wanted to go. Naturally she had to get tired. Now over 1000m and drawn on the right side of the track there could be some value about her. I did try to get the ride, but to no avail, but I ended up on Candela and the best I can hope for is a place.

There are number of unraced horses you need to take into account who don’t have to be too good to win.

In Race 2 my first selection is Highland Hero as he was narrowly beaten in his first start and could have more improvement to come. What is a concern is that it was in a work riders’ event and that often represents weaker opposition.

I make the danger Sir Spencer. Others to consider are He’s Great and my ride, Seventh Sun.

Race 3 is the first leg of the Place Accumulator and is quite a tricky race. I suggest you include as many as you can afford. My selections are, in order of preference, War Legend, Dancing Rebel, Peter The Wailer, Short And Sweet and What A Storm.

Race 4 is the first leg of the Pick 6 and here I ride Africa’s Sky. She was narrowly beaten first time out and she has to be the runner they all have to beat as hopefully she will improve on her first start. This will be her first race around the turn and hopefully she won’t be green.

For the PA, as Africa’s Sky is having only her second start over distance, include Angelic as back up. For the Pick 6 you could consider Yes We Do and maybe Rite Of Spring.

If you look past them then you need the field.

Race 5 is a tricky handicap as there are a number of young up-and-coming horses. I ride Missouri who has been running in feature-race company but unfortunately he has been running 10th, which can’t give you much confidence. He needs to be included in all bets though.

Others to consider are American Indian and So Long Spring and all three need to go into the PA. For the Pick 6 there are others such as Wheel Of Time, Royal Crusade and Alssakhra.

Race 7 is another difficult handicap and my first selection could be suspect over the distance and that is Trip To Paradise. The others to follow are Lee’s Pick, Ali Bon Dubai and Hot Curry. All of those should be good enough for the PA.

There are others with good form as well but unfortunately they have bad draws. They are Tern Unstoned, Racing Socks and Rebel Baron.

Race 8 is over 1000m and in the past the outside draws were better when the course was rain affected but things have changed a lot at the Vaal. My main selections are Marmook and Kingoftheworld. Marmook should be good enough for the PA but for the Pick 6 Kingoftheworld, Cathedral County and All Night Flight.

Race 9 is another fillies’ handicap with a number of horses who have done well lately. The horses who I prefer are Lawdy Miss Clawdy and Star Profile. For the PA you might want to include another of your choice.

Kirkconnel Lass and La Roquette both won their last outings and could follow up.

I ride Dame Kelly who has been racing in feature company and has to be included in the Pick 6.

Race 10 is another tricky fillies’ handicap but my first choice is Aldebaran and the dangers could come from Beautiful Shay, Cool Fantasy, Dawn Flight and Secret Potion.