Fort Ember is a PA banker 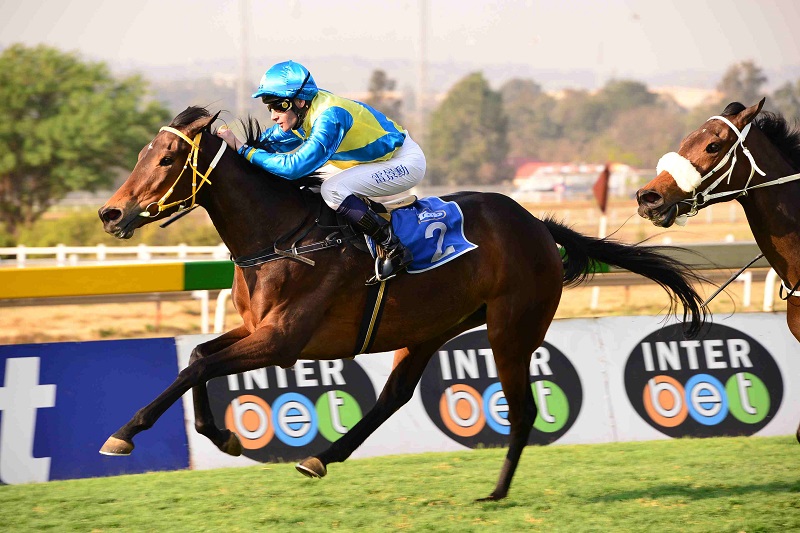 Saturday is quite a prestigious event on the racing calendar with the running of the Princess Charlene Empress Club Stakes over 1600m and the fact she will be at Turffontein makes the meeting even more special.

Princess Charlene’s father, Mike Wittstock, has always been a keen horseracing fan and it is great to see his daughter has inherited his interest in the sport.

We have a good value bet, and even a possible Place Accumulator banker, in the Empress Club Stakes. Fort Ember is one of the highest merit rated horses, is drawn No 1 and has been running against some of the best horses in the country, including the colts, on weight-for-age terms. Last time she ran in the Grade 1 Horse Chestnut Stakes where she took on the likes of Legal Eagle and was caught quite wide, which did not help her chances. This race is tailor made for her.

The obvious danger has to be Safe Harbour. She is the best handicapped horse and has had poor draws to overcome. This time she is drawn well and that makes her a huge runner. They should be good enough for the Pick 6 but if you want to add another runner then perhaps Star Express looms as the danger. The fact she has not raced for a while and has a wide draw means it will be tough for her to win, so perhaps the other two should get you through.

The rest of the field look held on form but if the two fancies go missing this race becomes wide open.

I’m riding Polyphonic who unfortunately has a terrible draw to overcome and as this field is a lot stronger than last time it will be difficult for her to win. Of the others Nother Russia was impressive when she won last time. Because of a bad draw she came from a hopeless position but was able to mow down the opposition. She is not well handicapped in this field but is lightly raced and has a lot of room for improvement.

Race 1 is a fillies’ handicap and these kinds of races can be quite tricky but this time you could perhaps start the day with a bet on Sun Sentinel. She has the field beaten on form and last time out I was placed next to her in the race and she seemed to struggle with the pace of the Inside track. The Standisde track should be in her favour.

I’m riding Inga who is held on form and I’m just hoping for a place. In fact, I think Cassie O’Malley could be the better of the two from the Gavin van Zyl stable.

Race 2 is another handicap and if you go back on last year’s races Alpine Glacier seems held, but his last two runs have been quite good and he looks to have made some improvement. He would be my first choice.

His dangers are possibly Pied Piperess, Supanova and Tiger’s Legacy.

I ride Hot August but his form does not look strong enough although the shorter distance might help him to be more competitive.

A dark horse could be Tharoos. Even though he’s just won a maiden I think 1000m could be better for him as he tends to over-race most of the time.

Race 3 is a Maiden Plate and there are only two horses I would consider for the PA – Starpath and Nordic Rebel. Nordic Rebel was slowly away last time and that seemed to have cost him the race. He does have some issues so if you are looking for a banker Starpath could be the better choice.

His first four starts were average but when second last time he made huge improvement. In fact, I ran third on Houston Rocket, many lengths back, and he went on to run second next time out. My only concern is that Starpath is coming back to a shorter distance which might not be in his favour and that is why Nordic Rebel could be a good back-up.

I picked up the ride on Spanish Tune and although he is held on form, he does have No 1 draw.

Race 4 is probably the most difficult on the card as all those who have raced do not have inspiring form. You could consider an unraced horse, even though they are running around the turn on debut. That is why you have to respect Cascapedia and Hope Solo, if they attract money.

Of the raced runners nothing stands out and therefore over this course and distance the draw is vital so I will lean towards Kantara Queen and Moment To Shine. The dark horse could be Miss Bulsara. Even though she has been well beaten the form has worked out fairly decently and with a good draw, and the fact Chase Maujean could have ridden my mount, Rendezvous, makes her an inclusion in all bets.

For the PA include as many as you can afford and for the Pick 6 the field should apply. If you need to cut back in the Pick 6 eliminate those with wide draws first.

Race 5 is another handicap where just about any horse has a chance. The runner to beat could be Count Tassilo with the dangers being Mr Mulliner and my mount, King’s Archer, who I make my best ride of the meeting. The race does not stop there as Prospect Strike could be ready to improve, Amazing Strike should enjoy the distance, Fareeq is not far behind Count Tassilo and had excuses last time, so include as many as you can afford.

Even Coral Fever and Forest Fox have decent chances but they have wide draws to overcome.

In Race 6 we have a possibly banker in all bets – especially as the other races are so difficult – in Silver Stripe. There are four horses with chances – Patchit Up Baby, Zafira, Zante and the obvious horse, Silver Stripe, who has them all held on collateral form. From No 1 draw she should have a perfect position and therefore could be a banker in all bets.

If you don’t want to banker her include those others mentioned.

Race 8 is over 1400m and the draw plays a big part. Brave Nomad won on Thursday and has been scratched. As a result Bonnie Prince and Nephrite look the two to beat. If they are not good enough for the PA consider one more out of Maximizer, Vulcan and King And Empire.

For the Pick 6 go with all of those mentioned.

Wilderkrans, who are my backers, sponsor Race 9 so hopefully a lot of their wine products will be flowing if we win this race. I ride Angel’s Power who has his issues and if they don’t affect him he could be competitive.

However, it is another difficult handicap and on this occasion I’m leaning towards the two Louis Goosen-trained fillies – Hashtag Strat and Bonnie Dawn. Both are highly rated by the yard which obviously demonstrates they have talent. But they are fillies and just three years old, and will be taking on some hard knockers, so in the PA add another runners and I would lean towards All Night Flight.

For the Pick 6 you could consider the field because if the fillies are not up to it, the race becomes wide open.

Race 10 is another handicap where every horse has an equal chance of winning. My selections, in order, are Pipkin, Stark, Roman Evening and Chief Sioux.