We are now getting to the climax of the sand season with the running of the R1-million Emerald Cup. 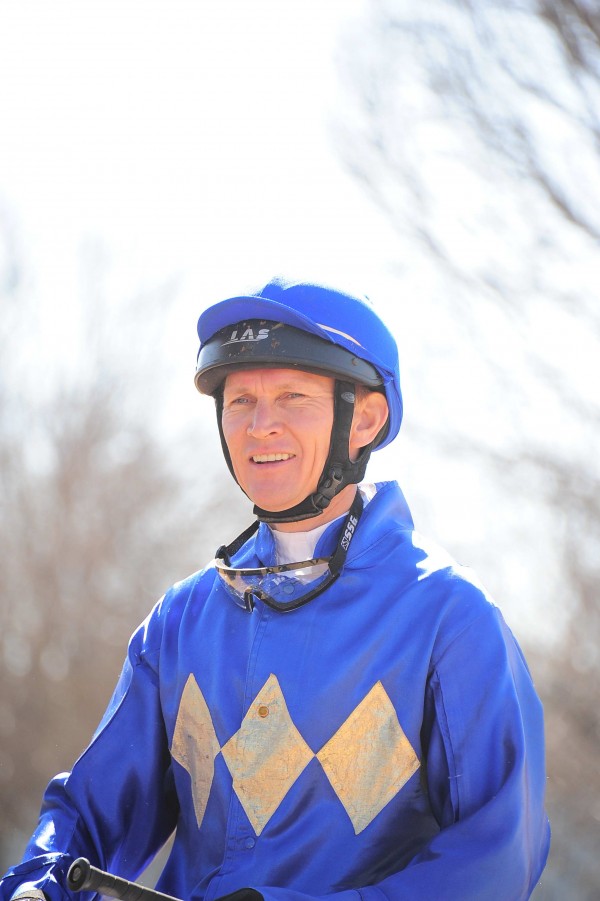 The Highveld has its main season during the spring and summer as the weather plays its part. The rains are due and the grass grows which makes it a bit of carpet for horses to run on. That is why trainers tend to put away their quality horses and bring them out to compete later in the season.

Currently we are competing on the Vaal sand which each year around stays the same. It is not as firm as the turf and is a “specialist course”.

Some horses cannot handle the track as there is quite a bit of give and the surface is quite loose. The Emerald Cup will be run next week and with a R1-million race you hope your horse does handle the sand as there is quite a lot of kickback both horses and riders to deal with. The fact this is a 1450m race where we jump away right on the bend also makes the race biased in favour of the low draws.

I will be making my selections with all those factors taken into account. BANKER. Semra looks to be one of the best best on today’s Turffontein card when she runs in Race 8 over 1800m on the inside track.

I am riding Whiteline Fever. He is a horse who has run in many Grade 1 races, including the Vodacom Durban July, but unfortunately he is coming off a short rest and has yet to race on this track. It is huge advantage to have raced before under these conditions as a bad start and quite a bit of kickback could jeopardise your chances in a BIG way!

If the race was on turf I have no doubt we would have been a very short-priced favourite.

We will go into more detail in next week’s column but my selection at this stage is Jet Jamboree who will probably start favourite. He has the form on the specialist track and from pole position he couldn’t have any more in his favour. He could be the horse to take some early All To Come bets into.

Today we are on the inside track at Turffontein and in Race 1 I’m riding Pay As You Go. He’s had three runs and was well beaten in all of them. He is not well drawn but I think he has a place chance in this field.

Last time I rode stable companion Captain Coyote. He finished last but there were reason for his poor run and you could consider giving him another chance. You could also consider Unparalleled, but my first choice is Hong Kong Tiger. He is lightly raced and finished a very good third in his only start so he could be good enough to get your meeting off to a winning start.

In Race 2 I’m riding Intandokazi. He’s had many chances to win a race and has not. But he has been finishing in the money on many occasions and could easily finish in the places. My selection goes to Trip To Rio. In his first start he was beaten a short head and lost ground at the start, which on this track is not in your favour.

I ride Tough Tiger in Race 3. He is a nice big horse but it seems he hasn’t quite matured yet and as he doesn’t have much speed, he looks as if he will be more suited to a track with a longer run-in. He is worth keeping an eye on for the future but right now it’s a tough task.

The horses I would consider for the Place Accumulator are Masterly, Confabulate and Cool Chardonnay. Unfortunately they all have bad draws and you probably will have to include all three

In Race 4 I ride Tormentress. She’s well held on form and the fact she was not striding out last time does not help either. I’m not expecting too much.

I will only consider only two horses. Will I Do has a good draw, she’s in form and is fit. The other horse is Fig Jam. She’s coming off a rest but on her last run will be a very hard horse to beat.

For the Pick 6 I would include Miss Rambo. She has been coming from way back in all of her starts and if she could be placed a bit closer she could win. However, she has a shocking draw and that will not make life easy for the jockey.

Race 5 is for apprentices and often you can get some rough results. This race could produce one of those. A lot of these horses seem to have some issues and could run poor races. This is the type of race you may have to go wide. The form horses are Dreamuponadream, Silver Scooter, Havana Beat and Morpheus. They are the horses to consider for the PA. Others to include in the Pick 6 are Epic Tale and possibly Tip A Champion, but he is coming off an 18-month layoff.

Race 6 is another apprentice race and my first choice is World Domination although he won his last start in moderate company. But it was only his second start and he has room for improvement. For the PA I would back him up with Commodore Al. For the Pick 6 include Mywayorthehighway and Klondike River.

I ride Norgay in Race 7. He won his last start where he beat Augustinus who is now 1kg better off, so on collateral form line should finish in front of us. As Tyrone Zackey’s stable in finding form, at 7-1 he could be good value.

However, my first choice is Mai Thaiga who at 6-1 could also be value. Last time Mai Thaiga was very difficult to control and consequently pulled me to the front. This time he could improve quite a bit. If he settles in the early part of the race, which he could do without the blinkers, he could win the race. As this is a competitive race I would include all three – Norgay, Augustinus and Mai Thaiga – in the Place Accumulator.

For the Pick 6 include Jet Avenger, who has pole position, and Emperors Augustus, who last time out found 1450m too short and could be more effective over the distance.

In Race 8 I have found my banker in Semra as she’s got the strongest form. In the form line with Empire Of The Moon, she gave 8.5kg to the winner which convinces me she is the banker bet.

In Race 9 Main Sunday could be another banker. In fact, if Semra wins Race 8, on a line through Lady Muffet Main Sunday should be a good thing. She has a good draw and with Roy Magner’s stable in good form, we will banker her in all bet.

Race 10 is quite competitive as there are a lot with chances. I ride Dancing Club and on form he has a chance. He is coming off a bit of rest and this is a marathon trip. He also has a bad draw. Those with chances are Ganesh, Afterburner and Shakaland, but the horse we all have to beat is Lions Emblem. He won quite easily last time without much encouragement from the jockey and could be a possible winning bet.