There was hardly a dry eye when punters left Arlington for the very last time yesterday. 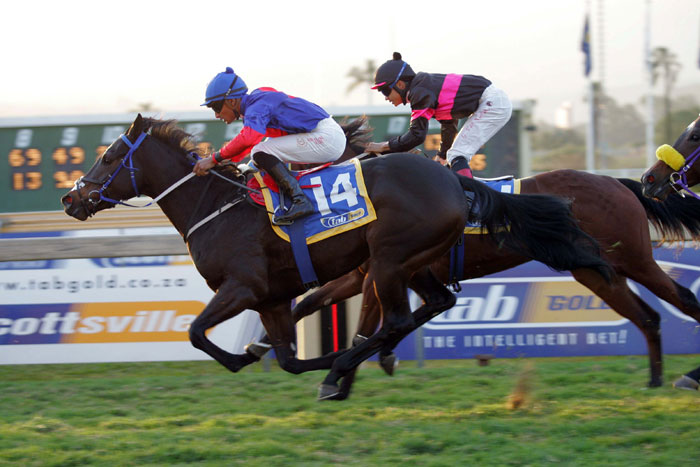 JP van der Merwe, who scored a double, including winning the last race on Pacific Line, and Rocky Agrella paid tribute to the track, which is closing.

An emotional Agrella said: “I had my first winner at Arlington many years ago.”

Former chairman Peter Fenix said he was sad to leave when the curtain came down on proceedings.

“We’ve had wonderful times at this track. I always believed Arlington had a better atmosphere than Fairview but I’m looking forward to a bright future,” he said, referring to the new Polytrack at Fairview which has saved the races on a few rainy days recently.

Fenix said he will always remember the day he had five winners at Arlington, all trained by the late Nic Claassen and ridden by Barend Vorster.

Seasoned trainer Hekkie Strydom also has fond memories: “I had winners as a jockey and a trainer. I also had the privilege to train for owners like Aldo Scribante and Eric Gouws. Getting out of here now is very, very sad.”

The topliner at the meeting, the Glendore Sprint over 1000m, went the way of Insearchofthesun, a 9-2 shot. Steven Janse van Rensburg’s charge, a 9-2 shot, went neck and neck with Blackmalkin over the final 200m and there was little in it at the line.

Sandy Celebre was quickest out of the stalls with Le Var and Blackmalkin also prominent. Racing into the final 400m, Bandol took and was soon three lengths clear, although Swift Wonder and Insearchofthesun were starting to unwind.

Swift Wonder fell away inside the final 200m, which left Blackmalkin and Searchofthesun going neck and neck.

Foreign Sovereign finished 2.25 lengths back in third, ahead of Swift Wonder. Bandol faded to sixth, while Sandy Celebre finished ninth.

A total of 13.22 tickets were still alive going into the final leg of the Pick 6 however, Pacific Line had only 0.89 of a ticket and R57,873 will be put into the carryover pot for next weekend.

The first leg provided an early blow to Pick 6 players. It was won by Sylvan Vista, who paid R47 a Win on the Tote. The five-year-old was ridden by Van der Merwe for the training partnership of Des McLachlan and Duncan McKenzie.

Two races later even more Pick 6 tickets became no more than waste paper. The race was won by Manonthecatwalk, trained by Grant Paddock and ridden by Karl Zechner.

Just 20 tickets survived this leg and, with long-priced runners filling the minor placings, the Quartet was again lucrative, paying R21,601.