Booze, Louis Vuitton, a stay at Zimbali – How DJ Zinhle’s ‘fraud’ bae lived it up

The self-proclaimed businessman made a trip to Miami, US, using funds allegedly sourced from people who had invested millions into a scheme. 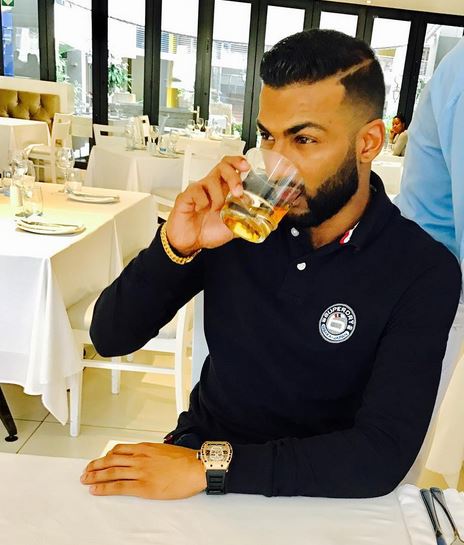 Costly booze, luxury threads from high-end stores and stays at exclusive hotels are how Brendon Naidoo, the boyfriend of popular DJ Zinhle, spent cash that had been invested with him through a scheme.

He allegedly promised returns of up to 50%, telling two sisters who had taken R500 000 off their parents’ pension that they would see a profit of R500 000, amounting to R1 million. Instead, they say they received nothing and, together with other people who had given Naidoo money to invest, decided to open charges of fraud.

Naidoo was arrested on Saturday and will spend seven days in prison until his next court appearance next week.

According to The Sowetan, bank statements that form part of the prosecutor’s evidence show that R3.4 million was deposited in Naidoo’s account, and he proceeded to spend R1 million, redirecting those funds into his personal account.

This  is how he spent the cash documents reveal

Will DJ Zinhle be visiting her bae in prison? asks Ntsiki Mazwai