Entrepreneur out foxes the design business

Growing up in the sleepy hollow of Pietermaritzburg, Heather Moore dreamed of a career in forensic pathology, a job where fabrics are only used to shroud dead bodies. 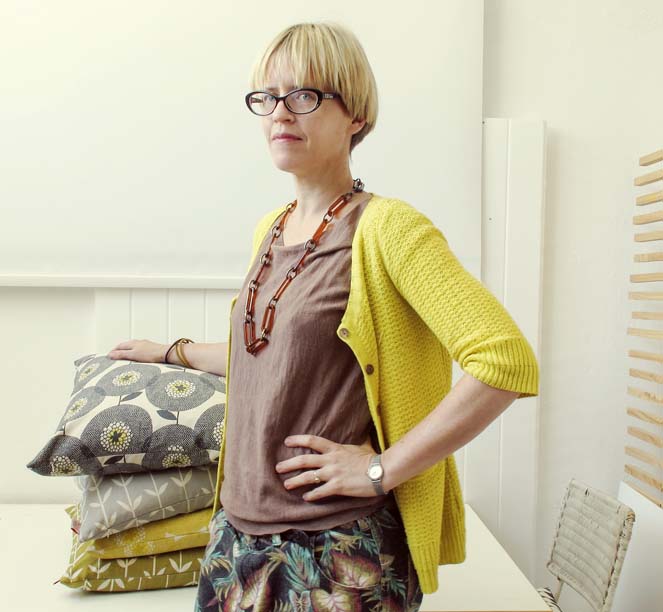 Moore never expected that one day she would create and own one of the country’s most recognised fabric design stores, which reels in a plentiful base of overseas clientele.

“I went through a prolonged stage, thanks to a TV show, Quincy, of wanting to be a forensic pathologist. I’m still perplexed as to how a middle-aged man in a rumpled suit cutting up dead bodies for a living had the slightest bit of appeal to the 10-year-old in me,” she says.

Drawing pictures and creating things has always been something that Moore loved doing. But on a review of her portfolio before making a final subject selection at high school, she was told rather dubiously by her art teacher that she “could give it a try”.

“So I did French instead.”

Moore says she fell into illustration work while doing her postgrad teacher training at university when she did illustrations for a textbook one of her lecturers was writing.

She then made the move to Cape Town where she currently resides with her husband, artist Paul Edmunds.

“The publishers liked my drawings and started commissioning more. I ended up being an illustrator for 10 years,” she says.

But a change was needed.

“So in 2006 I took a half-day job as a comics scriptwriter and spent the rest of my day messing around in my studio on Long Street. I started blogging about my work and opened an online shop. People around the world started reading my blog – and buying my things. I got some wholesale orders from the US and suddenly I found I was a designer with a design business.”

Skinny laMinx storefront and studio in Bree Street, Cape Town, opened at the end of 2011. “And that’s where we make and sell Skinny laMinx homeware and fabrics. Behind the scenes, our team prepares and ships orders from our two online shops, as well as wholesale orders that get sent to stores all over the globe.”

Moore describes herself as a relaxed and cheerful person. But, she is also a fearful perfectionist.

“I can’t see the point of doing something badly, which is probably a good way to describe someone who is a bit uptight.

“Still, I prefer the delusion that I’m easygoing and good for a laugh.”

Moore says she draws inspiration from ordinary, everyday things like cactuses, teacups, staircases and vibracrete walls, scribbling down ideas in her notebook as she goes along.

Sometimes a design is ready straight away and sometimes it needs some changes, says Moore.

“Mostly, the hard work is deciding which designs to put into production and which to leave in the files.”

Speaking on a recent debacle between another Cape Town designer, Euodia Roets, who had accused retail giant Woolworths of plagiarism, Moore said: “I think that this story highlights the fact that issues of copyright – especially around the copyright of photographs found on the Internet – is badly understood by the general public and by many designers too.”

She has also found her designs copied by other designers and, when challenged, they “say things like, ‘but I found it on the Internet, so I thought it was available to use’.

“I think that education on image and design copyright is really important; not just for designers, but for just about everyone who uses a computer.”

Moore counts the number of her products sold overseas in the tens of thousands. “So I’m quite sure there are one or two famous people who have got their hands on a Skinny laMinx teatowel or cushion cover along the way.”