Cooking up a future: How retrenchment led to a flourishing baking career

Tsopo runs his business from his apartment and is doing well enough to be less stressed about providing for his young family. 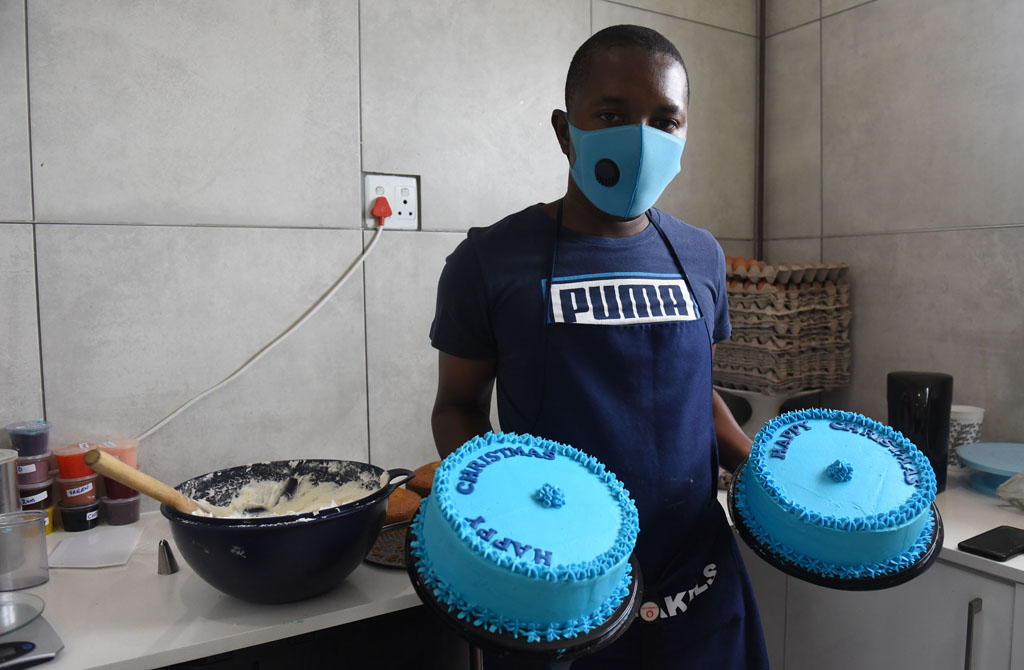 Davy Tsopo used to start work at 9am. He would often knock off only around midnight, regularly working 14- to 15-hour shifts washing dishes and cleaning the kitchen of a restaurant in Linden.

It was hard work but Tsopo, who left his native Zimbabwe in search of work, was grateful to have a job and support his family. Then, in December 2019, there was news of a strange virus in the faraway city of Wuhan, China.

Within months, the coronavirus had made its way to South Africa and in March, President Cyril Ramaphosa was on television declaring a nationwide lockdown to contain the spread.

The restaurant in which Tsopo worked was forced to close and by the end of March, he, like so many workers, found himself retrenched.

“I was so stressed, I didn’t know what to do,” said Tsopo.

His worries were compounded as his wife had given birth to their son just a month earlier.

A generous neighbour gave Tsopo his Wi-Fi password. “He told me to try and keep myself occupied and watch some videos on YouTube,” said Tsopo.

Confined to his tiny apartment during lockdown, the 35 year old developed a keen interest in baking shows. He then began using his newly granted access to the internet to research cake-baking techniques and recipes.

When Ramaphosa moved South Africa’s lockdown to Level 4, Tsopo had taught himself, with the help of YouTube, how to bake muffins and scones, which he sold to people in his neighbourhood.

Soon, one of his friends requested that he bake her a cake.

“One of my friends asked me: ‘Davy, I want to support you, but I don’t know what I can buy from you. I want something bigger than scones and muffins. Can you bake a cake?’ It was a big challenge for me because I had never baked a cake before,” he says.

Tsopo baked his friend that cake and she duly paid him for his efforts. After collecting the cake, his friend posted a picture of it on Instagram asking people to support Tsopo.

The rest is history.

That Instagram post led to more cake orders and Tsopo, for his part, began improving his baking and business skills even though he hardly had any experience in either.

“I started getting orders from all over the world. Like overseas orders, Japan, Australia, America, Canada, Ireland. People ordering cakes for their families in Joburg.

“Baking is now my future. My wish is one day I could own a big bakery. Or a big coffee shop,” says Tsopo.

Tsopo runs his business from his apartment and is doing well enough to be less stressed about providing for his young family.

“In life, never undermine anyone because of his or her situation. You never know tomorrow, life just changes. I was a cleaner and now I’m a businessman. Anything in life is possible.”

This article was first published by New Frame