Mercedes-AMG A35 finally revealed with 225 kW You probably know by now that German car-maker, Mercedes-AMG is bringing the A35 4Matic hatch that is set to become the entry point into the AMG stable. I will not go into details describing how the car looks like, we have pictures.

For the record, the A35 is set to rival the Volkswagen Golf R and Audi S3.

All that power is sent to both axles through a seven-speed, dual-clutch automatic transmission linking the engine to the 4Matic fully variable all-wheel-drive system. Mercedes says the A35 will be able to dash from standstill to 100km/h in 4.7 seconds before hitting an electronically limited top speed of 250km/h.

With great power comes great responsibility, which is why the engineers have fitted the A35 with beefy 350-mm front and 330-mm rear disc brakes. There’s more to the A35 than its powerful engine and larger brakes as Mercedes-AMG has also made some changes to the bodyshell to boost torsional stiffness while the aforementioned DCT 7G has different gear ratios for better throttle response. In addition, the all-paw setup varies from a FWD-only configuration to an even 50:50 distribution between the front and rear axle. 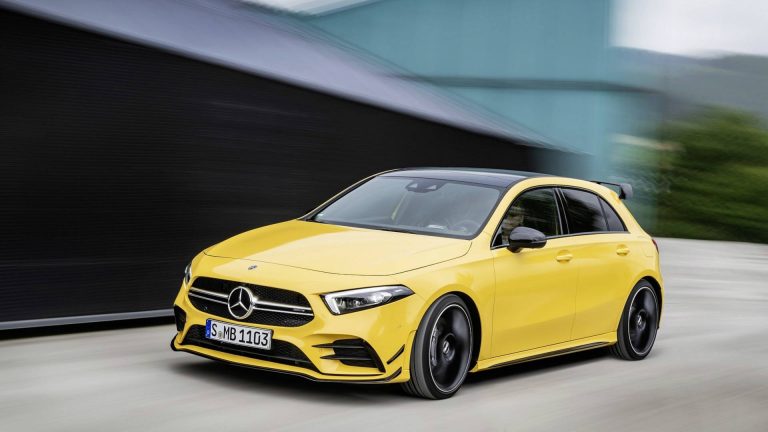