Taking into account the car’s heritage on battlefields, it’s 4MATIC all-wheel and three diff locks, we have no reason to believe it won’t climb over another G-Wagon on it’s way to scaling Kilimanjaro. Many cars have been converted into the Popemobile, won the Dakar Rally, get honourable mention in rap songs and screen time in music videos, but very few have ticked all these boxes.

Add to this official use in 44 militaries around the world and our list is down to one: the G-Wagon.

Capitalising on the G-Class’ iconic status, Mercedes-Benz last year pumped a serious amount of technology into the latest reincarnation of the G63, but kept the familiar boxy shape that has symbolised the car since its birth four decades ago.

The end result? A dream car that shouldn’t only be considered for entry in car lovers’ dream garages, but should be an absolute must. At R3 086 653 for the AMG G63 Edition 1, we were fortunate to caress over Easter weekend, it will be nothing more than a dream car for more than 99% of the world’s population. 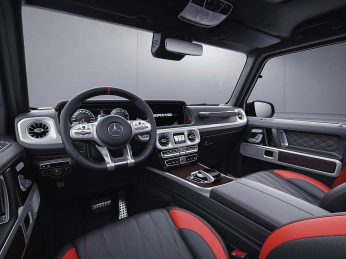 Because even when you are blessed with that kind of money, investing in assets … like property for instance … will make more financial sense than a constantly depreciating vehicle. Personally, I could buy a very nice house for R2.5 million, a very nice car for R500 000 and have enough left for a trip to Europe.

But the reality is that a nice house, car and holiday combined do not come close to the feel-good factor you’ll enjoy in a G-Wagon. Whether it’s your supremely high and powerful seating position, the fantastic handling, the splendid V8 roar, the extreme forces from hasty accelerating, the to-die-for gadgets fitted to the front seats or pedestrians and fellow-motorists’ admiration of your ride, in a G63 you are simply “Da Man”.

It’s like showing up in one of these at a rap video shoot will guarantee you instant acceptance into Snoop Dogg’s entourage. Trying to cram all the G63’s features into an 800-word story when the original launch press release needed over 5 000 is not possible, so I’m going to focus on the front seats. 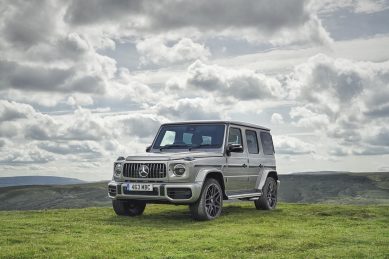 There is the superb nappa leather, which features a dynamic diamond pattern with red contrasting top stitching; the usual electronic settings with lumbar support and adjustable side panels. But the real beauty lies in what’s beneath the fabulous surface. Not only can the seats be heated or ventilated, they offer a wide range of massages – backrest, cushion or both – and a dynamic seat setting which moves the side panels in the counter direction of whichever way the vehicle is turning.

You turn left, the left side panel pushes inward to counteract the movement of your upper body moving to the left as well. Add to this divine seating, other features, like a serious Burmester sound system, the 12.3- inch wide-screen cockpit display, Command Online infotainment system and remote online services, and you have more than you’ll ever need in a car.

It’s just so intoxicating accelerating like hell while your buttocks are being massaged and heated, your shoulders are kept in place and the subwoofer’s vibrations tremble your eardrums. Hell, you’d be forgiven for thinking Snoop should be your Dogg instead. And despite its boxy looks, the G63’s safety is top notch with a list of features as long as my arm – judging by the door panels, it’s probably bullet proof, too.

It boasts five stars in the Euro NCAP rating, so enough said. We did not take the G-Wagon off-road as the low-profile rubber on 22-inch alloy wheels housing gigantic red brake calipers are probably more at home on the drag strip than on gravel.

Taking into account the car’s heritage on battlefields, it’s 4MATIC all-wheel and three diff locks, we have no reason to believe it won’t climb over another G-Wagon on it’s way to scaling Kilimanjaro. The almost three-tonne monstrosity is effortlessly powered by a 4.0-litre V8 bi-turbo engine mated to the AMG Speedshift TCT 9G gearbox. 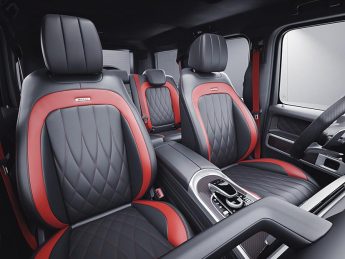 A powerful athlete like this has hydration requirements which are considerably higher than average. Our fuel consumption wasn’t even close to the 13.1l/100km claimed by Merc. Over 365km, which included some very civilised trips, believe it or not, we could only manage 23.6l/100km, which reminds me of the old joke: How does a Ford Cortina idle? Litre-litre-litre-litre-litre.

But then again, if your car’s value is at seven figures, you should be able to afford dropping four figures on fuel every week.